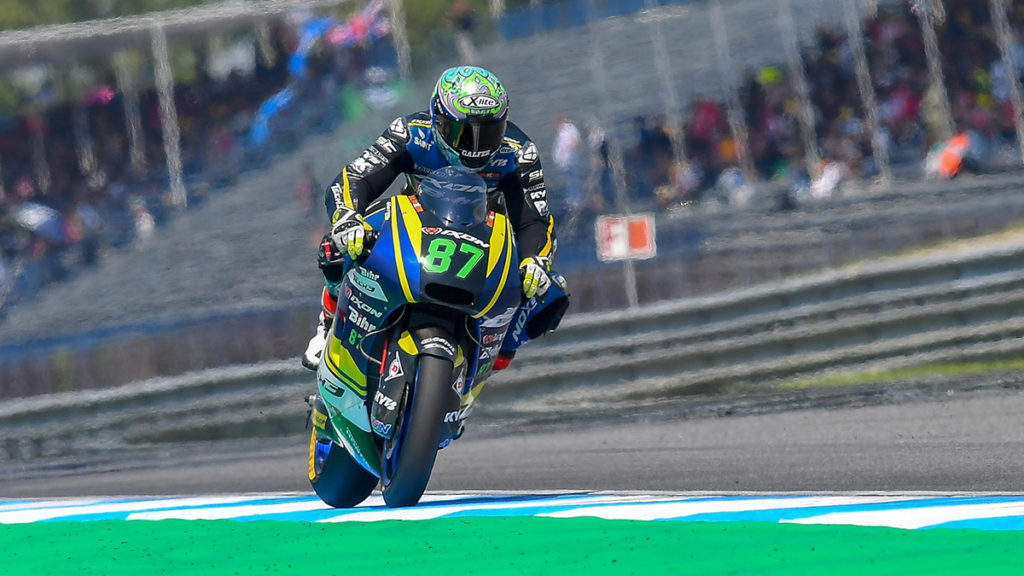 With a superb start, Tech3 Racing team’s Remy Gardner made up eight positions on the first lap of the first ever Thailand Grand Prix today. In scorching conditions he managed to deliver a strong battle for 24 hot laps, eventually finishing in 12th and taking home four important points.

Remy Gardner
Position: 12th – Championship: 17th – Points: 28
“This has been a very, very tough race today. It was very difficult, super hot out there. I made an amazing first lap, just played it very smart in turn three. Everyone just went in there way to hot and I just straight around the inside, so the first lap was pretty impressive. We knew that we were going to struggle here in terms of race pace, I just tried really hard and was wasting a lot of energy as well in the first seven, eight laps in trying to stay with Locatelli, but I just couldn’t as I was losing too much on the straight. It was tough and in the end I was sliding a lot, but I think we saved it this weekend. At least we got a couple of points, came home with a respectable result. We definitely need to rethink for the next round, regarding setting and also riding style and hopefully we can have some more strong races.”