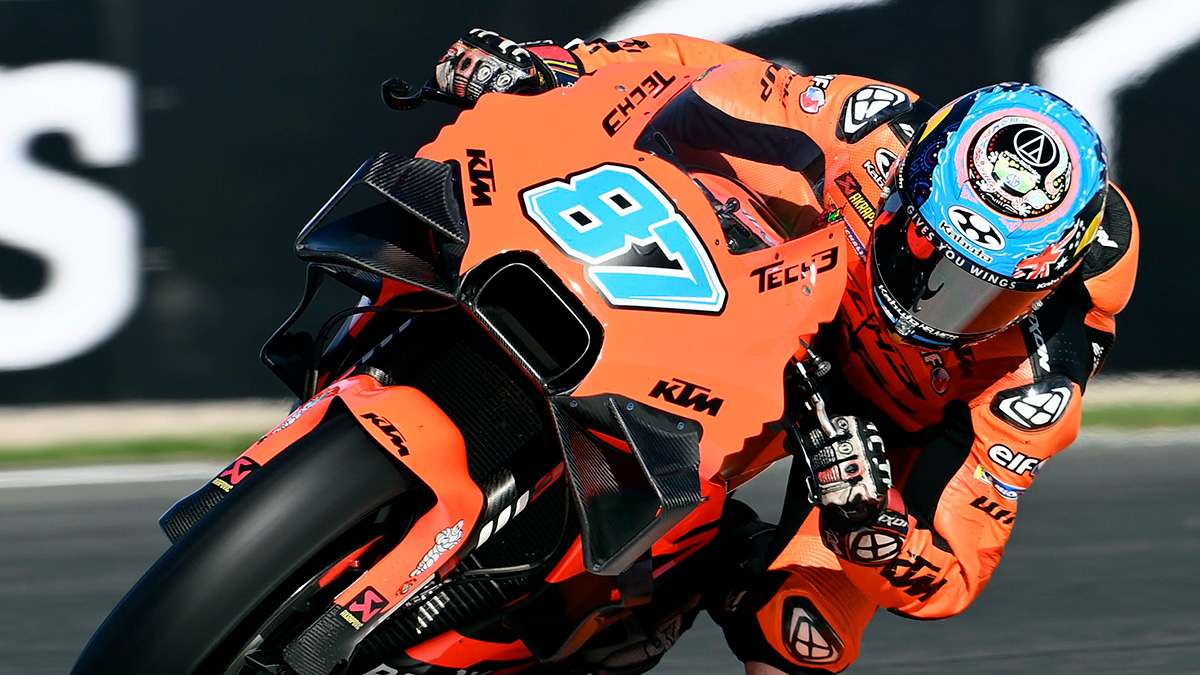 The final round of the season is officially on after Remy Gardner completed the first day of action at the Ricardo Tormo circuit for the Gran Premio de la Comunitat Valenciana. The sun was out all day, but the wind made the conditions tricky for the Tech3 KTM Factory Racing riders. Despite both knowing this track very well, it was still a first on a MotoGP machine, and corners suddenly became much faster, for their own enjoyment of course.

Looking to finish his 2022 campaign on a high note, Remy set off in FP1 this morning in a really good form. He was in P15 with a best lap in 1’31.977. In the afternoon, the wind continued to be part of the Spanish party, but it did not stop the Tech3 KTM Factory Racing riders from improving their lap times. Remy completed the day in P21, but is are confident that there will be margin to improve when the action resumes on Saturday morning, at 9:55 (GMT+1).

“We did a good FP1 in the morning and we were able to do a good lap with a new medium tyre towards the end of the session. In the afternoon, we worked with used mediums, before putting a hard front toward the end, but I did not feel comfortable with it and the set up I had. It was also quite windy, but with a MotoGP bike you don’t feel it that much because it has so many wings, so it was manageable. We will look to improve tomorrow for qualifying day.”