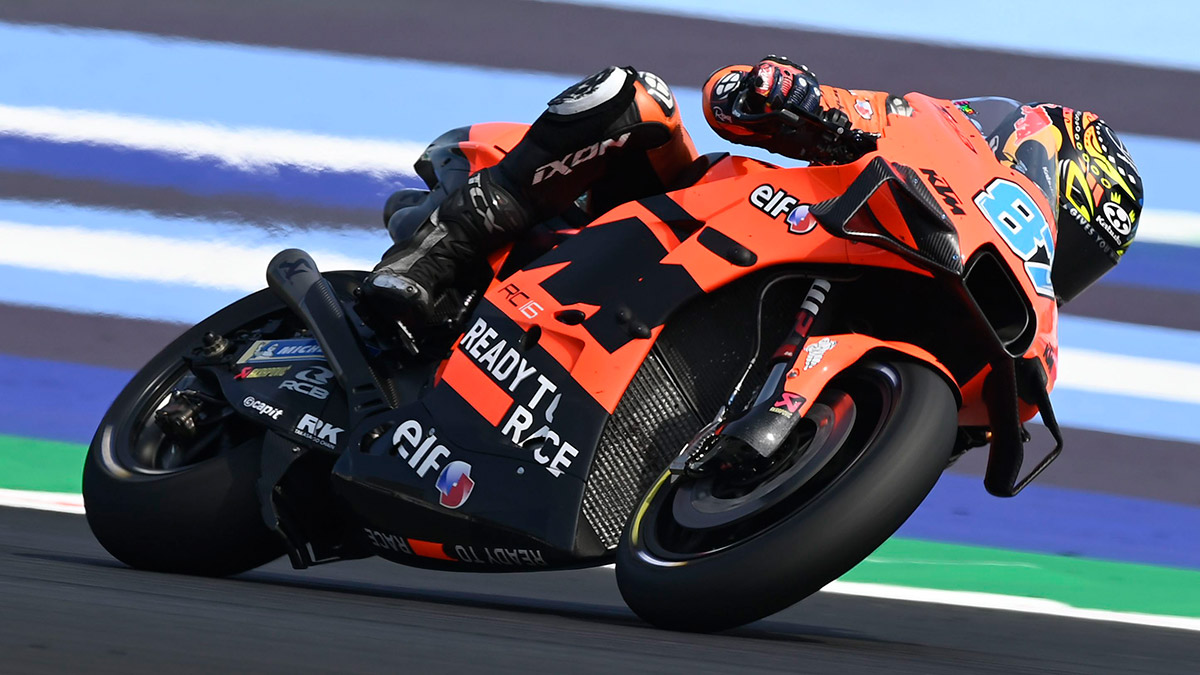 After a rather disappointing qualifying day which saw them both start from the back of the grid, KTM riders Raul Fernandez and Remy Gardner made decent starts to their San Marino Grand Prix. Avoiding the early lap crashes, Remy powered to P15 from P24.

Halfway through the race, Remy got a long lap penalty which saw him losing time and his positions. He finished in P19. Next, Tech3 KTM Factory Racing will head to Aragon for the fifteenth round of the season, the last European race before flying again overseas.

“It was a tough weekend and race. I had a rather good start and found myself within the Top 15 from P24, with a good race pace. I had a long lap penalty so I lost the rhythm and positions to finish in P19. We have a test here now and I am hoping that we will be able to improve a few things so we can try to finish the season well.”