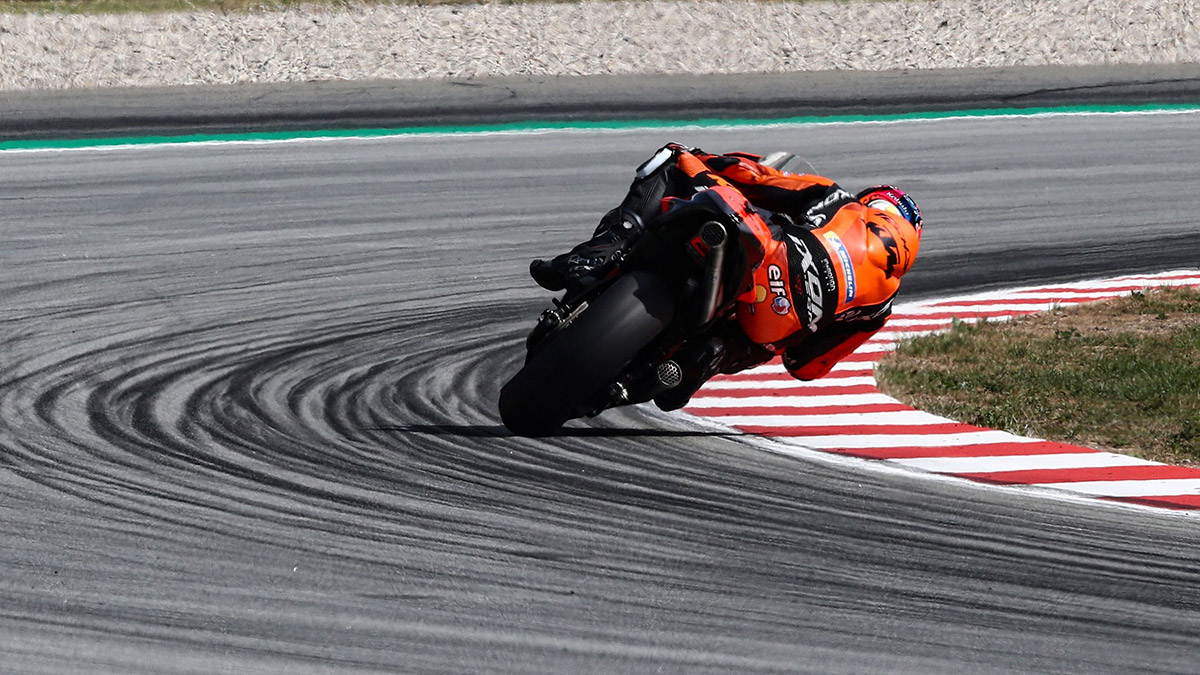 It was another warm day set for qualifying day at the Circuit de Barcelona-Catalunya as both Remy Gardner and teammate Raul Fernandez had in mind to grab the opportunity of a fresh morning to do a fast lap with the soft tyres.

Like most of the MotoGP class, KTM rookies rapidly improved their lap times during the free practice 3, with Remy riding in 1’40.213 and Raul in 1’40.292. They were twenty-third and twenty-fourth at the end of the combined free practices, meaning that they were on the Q1 entry list set to start at 14:10 local time (GMT+2).

During qualifying, Remy Gardner had a rather positive session as he felt some areas of improvements, which allowed him to register a fast lap rapidly (1’40.113). He struggled a bit more towards the end and did not manage to improve, so he will start from 20th on the grid tomorrow.

“I had a better day than expected today so it was not a bad one overall. It was unfortunate that I was not able to do more fast laps because I ended up struggling after two laps on the front tyre. Considering the laps I did today, I think that I would have been able to grab a few positions as we took some positive steps from yesterday. We have been working on improving the areas where I have been struggling, which is mainly braking. We are trying a lot of different things in order to get the most out of the package we have.”