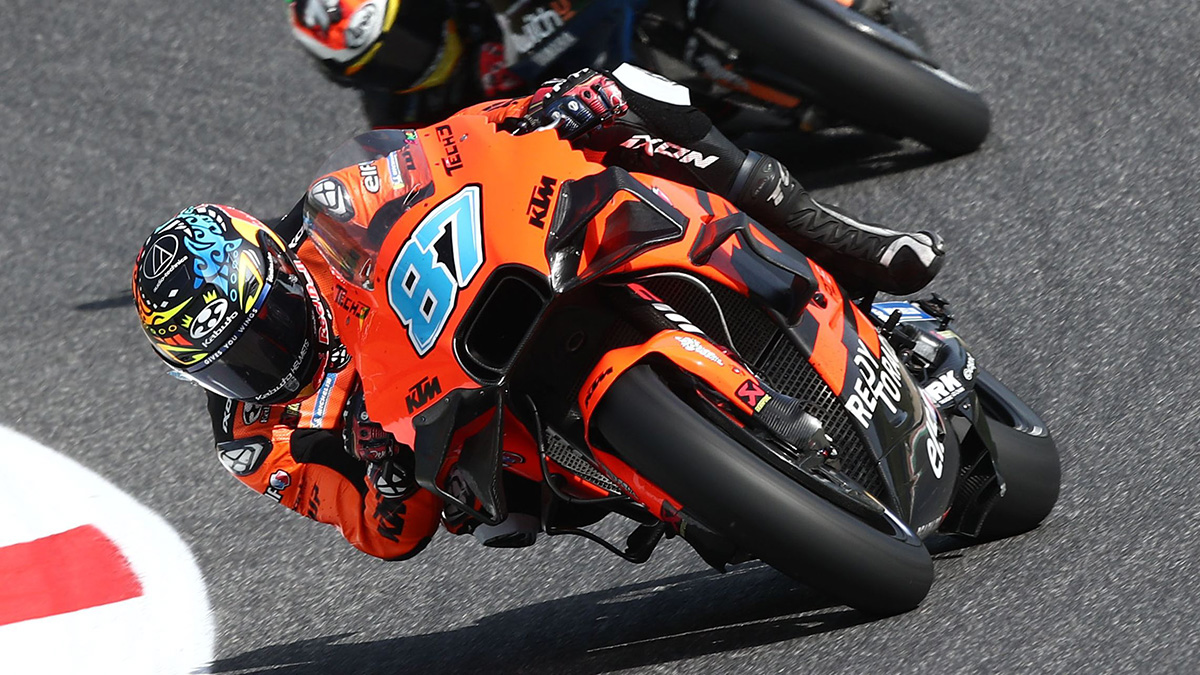 Mugello here we are! Tech3 KTM Factory Racing was excited to come back to the iconic Mugello track for the Gran Premio d’Italia Oakley, the eighth of the now twenty stops of 2022 following the postponement of the Finnish Grand Prix announced earlier this week. Friday kicked off as per usual with Free Practice 1 at 9:55 local time (GMT+2), followed by the second session in the afternoon at 14:10. It is no secret that Tech3 KTM Factory Racing is going through a challenging time, and rookies Remy Gardner and Raul Fernandez, together with their crews, continued their efforts to find solutions to improve the performance of the KTM RC16.

Rested and ready to hit Tuscany with a MotoGP engine, Remy Gardner reunited with his crew this morning. The strategy taken today was to try completely different settings than the usual ones in order to eventually find areas of improvements that could help the Moto2 World Champion to be faster. With a new set of slick tyres, he got his best lap time of the FP1 during his first run, in 1’48.960. Track conditions became more challenging for the afternoon session with a track temperature at 52°. The Australian split his FP2 in four runs, the fourth one being the one at the end of which he managed to get his time down to 1’47.684. He places himself twenty-third of the day and will continue his efforts tomorrow.

“It has been a hot day here in Mugello today. I enjoyed quite a lot riding at full speed the long straight on a MotoGP bike, it was definitely the fun part of the day. We are working hard to find solutions, and we will continue to push tomorrow.”