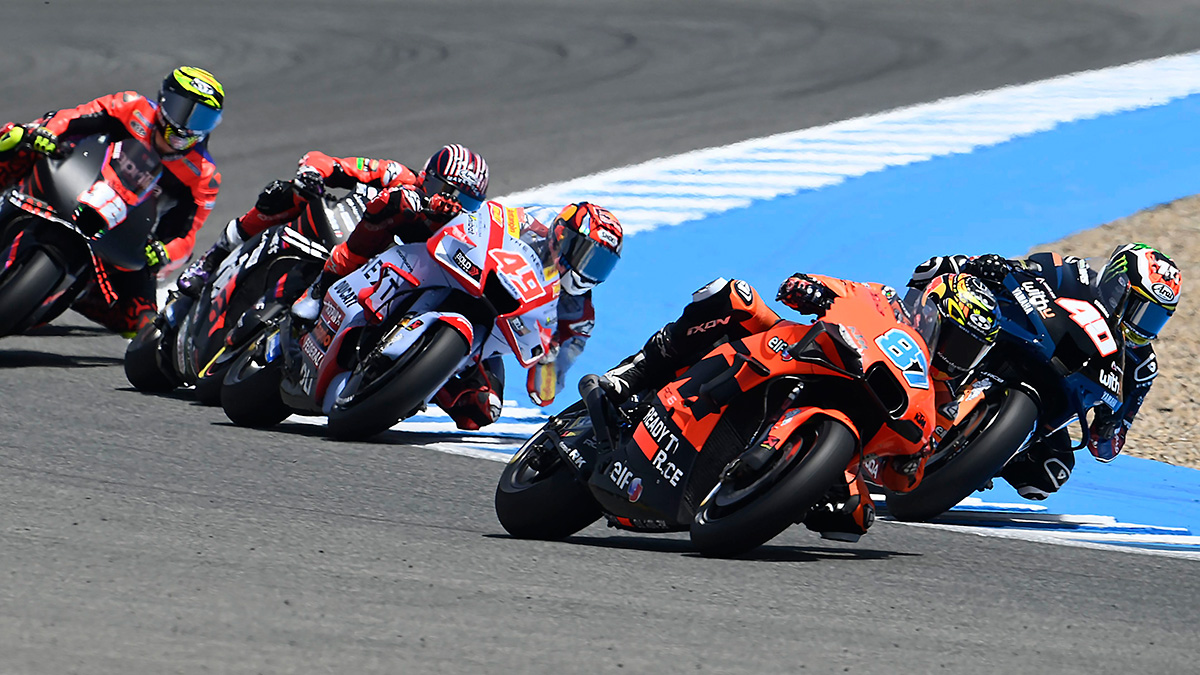 Tech3 KTM Factory Racing took its sixth departure of the MotoGP season today at the Gran Premio Red Bull de España, in sunny and hot Jerez de la Frontera. Australian Remy Gardner was the only one of the orange rookies to line up on the grid today, with Raul Fernandez set to miss out his second Grand Prix in a row following his right hand injury sustained in Portimao.

Remy Gardner got his best qualifying day of the season yesterday as he was set to start the Spanish Grand Prix from the eighteenth position, a very encouraging progress for the rookie and his team. This morning, he was able to practice one more time before the race during the twenty minutes of warm up in front of an already packed Circuito de Jerez-Ángel Nieto. He went on track for twelve laps with a new set of tyres and rode in 1’38.492.

Ready for twenty-five laps set to be tough under the heavy sun, Remy lost a few positions within the first lap as he got touched by another rider. Unfortunately, he lost his left wing which completely changed the game for him. With only one wing, he lost stability. Once he settled in, he became really regular and registered consistent lap times in 1’39, never more, but never less neither. Remy finishes his sixth MotoGP race in P20 today. Tomorrow, he will attend a test day here in Jerez with high hopes to test a few things which will hopefully allow him to improve his performances.

“Today I lost my left front wing on the first lap, so I struggled the entire race to ride. It had a big effect and I was wheeling all the time. I was even unable to go full gas on the straights so I did not have much fun today. You realize how many downforces these wings create when you are riding with only one because you get dragged by one side of the bike and it is really tough to control. I knew we would struggle a bit today, but I am sure that we could have done a much better race with two wings. For sure today I learned that wings are really effective! Anyway, I hope that tomorrow we will be able to test a few new things to make some improvements on the bike.”