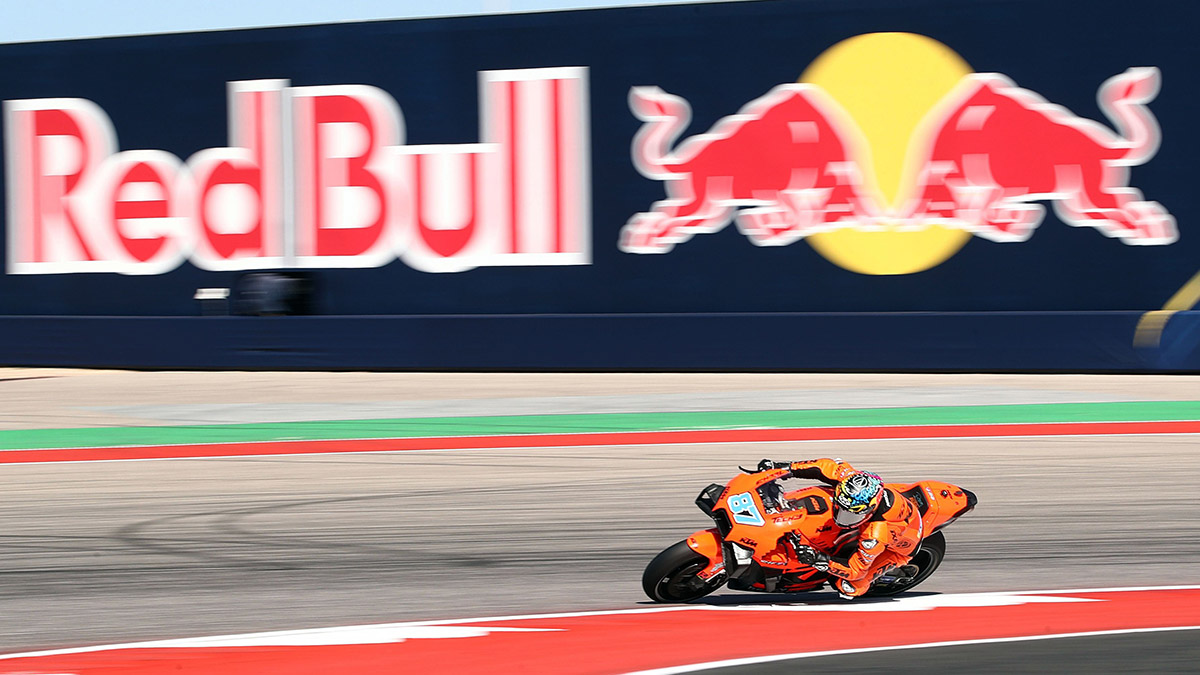 Tech3 KTM Factory Racing’s Remy Gardner and Raul Fernandez were both looking forward to their first MotoGP qualifying day at the Red Bull Grand Prix of the Americas. With three qualifying sessions in the bag already, strengths and weaknesses have become clearer, and one of the most obvious points to improve for both riders has been to be able to focus on one time attack to get a decent lap time done to start races from higher grid positions.

However, the job was never going to be easy for the two rookies, who were also experiencing the Circuit of the Americas, very demanding physically, for the first time with a MotoGP engine. It was not the Saturday hoped for, as Raul Fernandez and Remy Gardner will start from the 21st and 22nd positions.

After a good first day in the office on Friday, Remy used the full FP3 and FP4 sessions to continue the work started yesterday. At the end of his third run this morning, he was able to improve his time (2’04.099), taking a good step towards the right direction. At the end of the combined practices, he sat in P20, meaning that the Australian was going into Qualifying 1, alongside his teammate and KTM Factory riders. Unfortunately, he suffered a small crash within the first laps of the qualifying session, resulting in a time loss, and was unable to take advantage of the full fifteen minutes. His best lap time was 2’04.185, less rapid than the one registered during Free Practice 4, and he will start Sunday’s race behind his teammate, in P22. The Red Bull Grand Prix of the Americas will begin at 13:00 (GMT-5).

“It is a great shame that I crashed. In order to do the lap time, I had to push a lot. It appeared that when I was overriding, the times were improving, but unfortunately I went too far and it ended up with a crash. On the first flying lap, I had a really good sector one and was confident, but it got cancelled because of a yellow flag. After my crash, I lost a bit of confidence for the second run and was not able to improve my time from this morning. Tough day in the office, but hopefully we can come back from this tomorrow.”