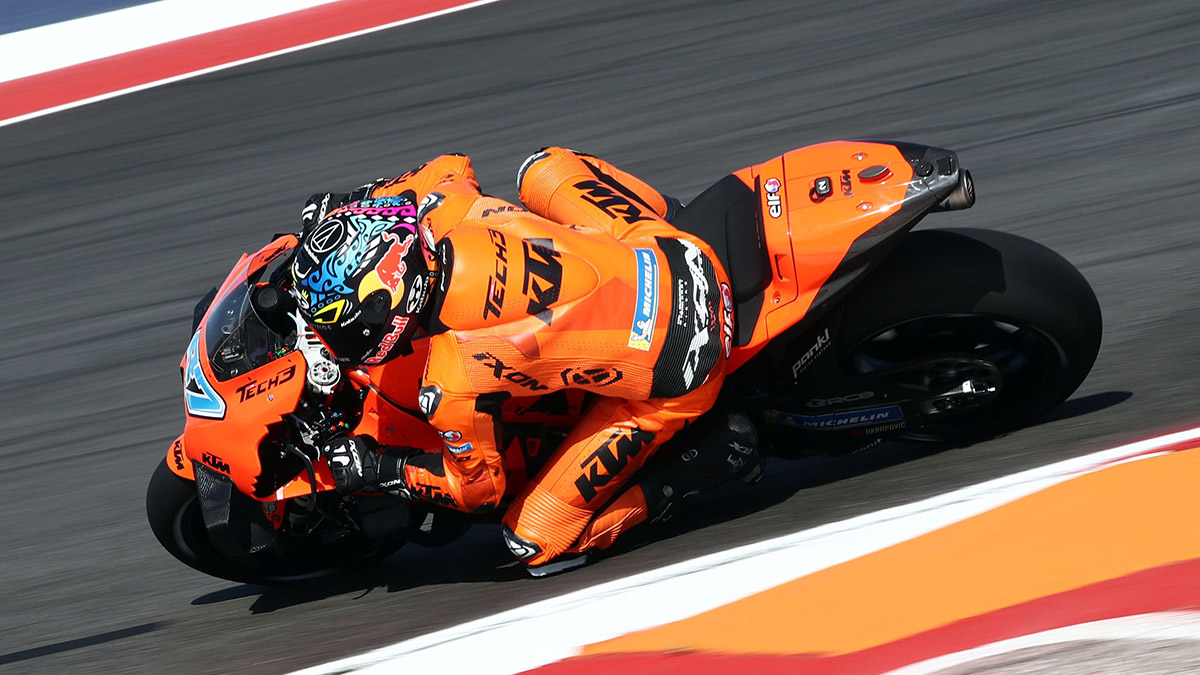 Only a couple of months after our last visit, the Circuit of the Americas welcomed back the MotoGP action on Friday for the first day of the weekend, combining FP1 and FP2. Following the resurfacing work done over the last couple of months to try to get rid of the numerous bumps on the track, both Remy Gardner and Raul Fernandez were able to witness the evolution, at the same time as discovering the American rodeo on their KTM RC16.

It was a positive Day 1 overall for the Tech3 KTM Factory Racing after both riders were able to register progress as the day went by. Tomorrow, the target will be set on qualifying, a session that both rookies are looking to improve in order to start from better positions.

Happy to be back at the Circuit of the Americas and hoping to forget about his crash from last season in Moto2, Remy started the first session strongly, making appearances within the Top 15 during the first half. During his second run, he was able to register 2.05.967, before signing off his best lap-time during the third and final run in 2.05.672 with new tyres.

Remy’s crew seems to be shifting towards similar bike’s settings than the ones used by factory rider Brad Binder, a direction the Moto2 World champion admitted finding positive. In the afternoon, he continued to improve (2’04.535), and finished the day in P20. Tomorrow, he will aim to get more laps in with these settings he seems to enjoy, with high hopes to improve his qualifying.

“Today was a good day. We are starting to take similar directions than what Brad Binder is using. Of course, everytime we make a change, we need to compensate with the front, but I believe that we are going in the right direction, so I am hoping to take another step further tomorrow in FP3.”