Remy takes seventeenth in the #ArgentinaGP 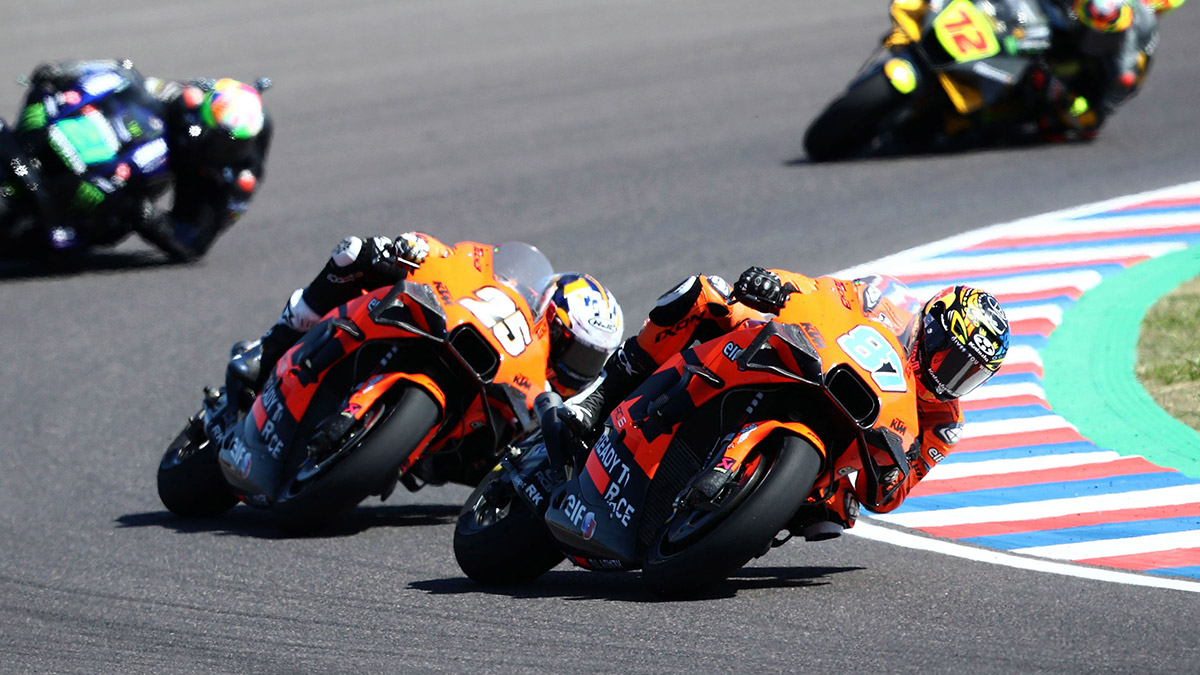 The MotoGP World Championship made its return to Termas de Río Hondo for the first time since the COVID-19 outbreak, and the show went on on sunny Sunday in front of an Argentinian crowd eager to watch world class MotoGP riders battle it out during 25 laps on the beautiful 4.806 km layout featuring 14 corners, 9 right and 5 left and an incredible straight of 1076 m. To make up with the time loss from Friday’s cancellation, Remy Gardner and teammate Raul Fernandez, alongside the rest of the class, got an extended warm up session (40 min) to make their final adjustements before the start of the race, at 15:00 (GMT-3).

In P22 on the grid on raceday was Remy, eager to be able to race again at Termas de Río Hondo, one of his favorite tracks of the calendar. Despite his crash during Free Practice 2 which caused him a slight loss of confidence, today was a new day for the rookie who also worked the entire 40 min of the warm up session this morning. At the start of the race, Remy made a great start and managed to negociate some key overtakes, placing him close to the Top 15 within the first laps of the 25.

The Australian showed stability and consistency during the entire race as he registered similar times every time he was passing the line. He ends the Gran Premio Michelin® de la República Argentina in P17, just behind his spanish teammate.

Both riders from the Tech3 KTM Factory Racing team did not finish in the points, but they both raced smartly for their third race in the class. It is an other 25 laps of experience and learnings in the bag that the team will take to Austin for Round 4 of the 2022 MotoGP season, in just one week-time, on Sunday, April 10.

“I did enjoy the first part of the race, I stayed close to the group and had some nice battles with a couple of riders. I struggled more during the second half unfortunately. I am feeling my progress, but everyone is improving too, so I have to stay positive and continue to work for myself and learn the bike. I take each race one by one and don’t look too far. I enjoy a lot Termas de Rio Hondo, I have always had good results, so I thought today might have been the turning point for me, but it was not unfortunately so it is a bit tough to accept. I stay positive, and results will come.”