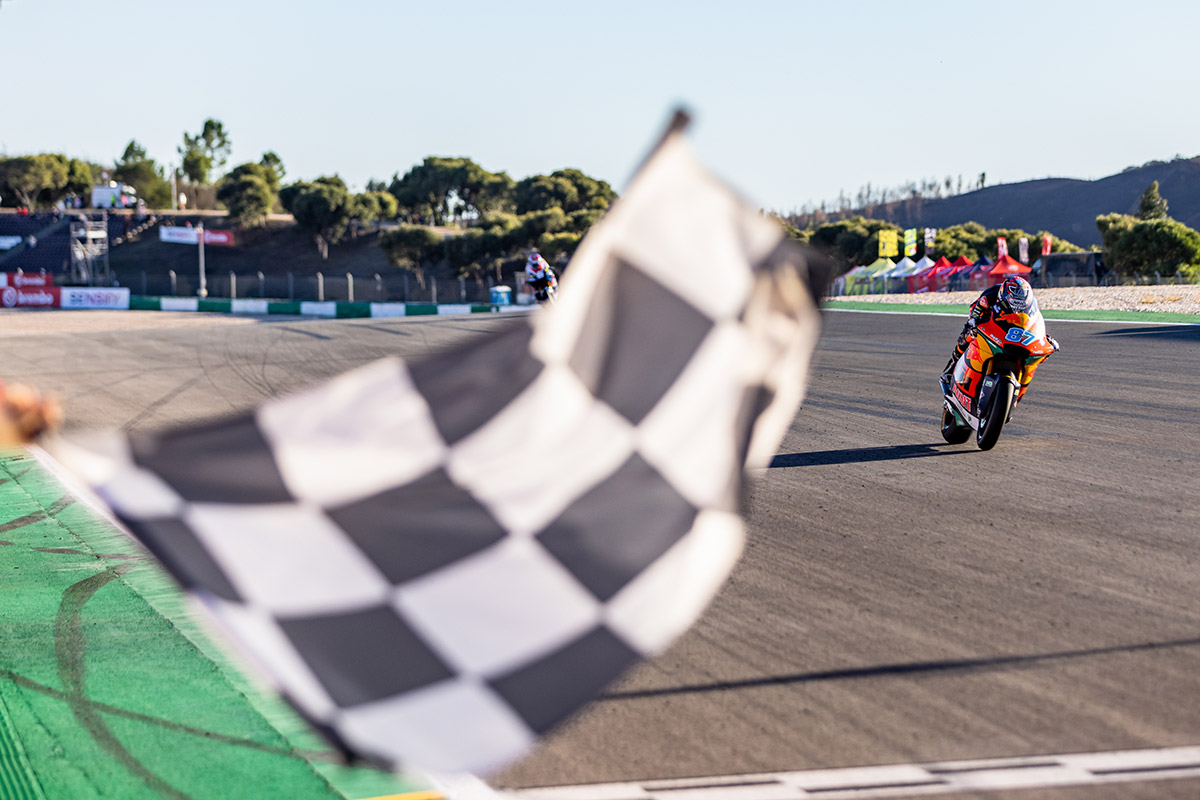 Remy Gardner was victorious at the Moto2 Grande Prémio Brembo do Algarve in Portugal and the penultimate round of the current MotoGP™ season, where his Red Bull KTM Ajo teammate and championship rival Raul Fernandez was runner-up.

23-laps and almost 106km of intense Moto2 action in Portimao saw the Red Bull KTM Ajo duo go 1-2 for the seventh time in seventeen rounds this term. In bright and sunny but cool conditions Remy – who was nursing a sore torso after a crash during practice on Friday – hunted teammate Fernandez, passed and stretched clear of the Spaniard in what was the second visit this year to the venue.

The Australian has gathered 12 podiums through a consistent term that included wins in Italy, Catalunya, Germany, Great Britain and now Portugal.

The championship battle concludes next weekend at Valencia.

Remy Gardner:
“One of the hardest races and one of my best. Especially with all that pressure. I was pretty clear that we’d go with the hard tire and it worked out. I had to really push in the first stage of race to stay with Raul. My ribs were hurting, and it was really tough. I don’t know how I did it to be honest.”