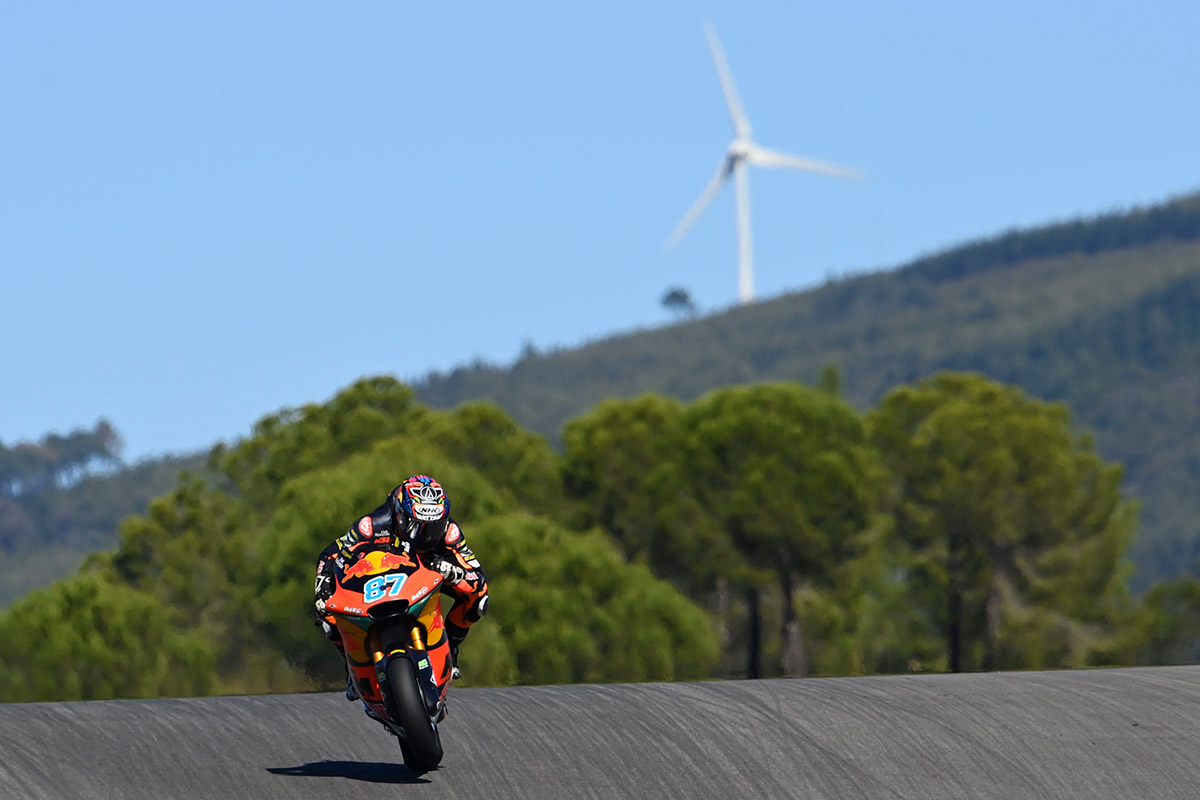 The Red Bull KTM Ajo Moto2 duo made a strong start to the Grand Prix, placing first and second in the morning. Remy set the best time of the session, stopping the clock at 1:43.667 on his 15th attempt out of a total of 18. Moto2 FP1 was contested under bright sunshine and a dry track, allowing the team to draw useful conclusions.

In the afternoon, the two riders were once again very competitive, lapping quicker than in the morning. Remy put in 16 laps. The Australian was third with a 1:43.368 – despite suffering a crash at the end of the practice.

REMY GARDNER
“We ended the day in a somewhat chaotic way, as we collided with another rider who was running slowly on the racing line. However, before that happened, I felt very good, was comfortable on the bike and my pace was strong. We can be satisfied. It will be necessary to see how we feel tomorrow after the crash but, as always, we will go for it.”