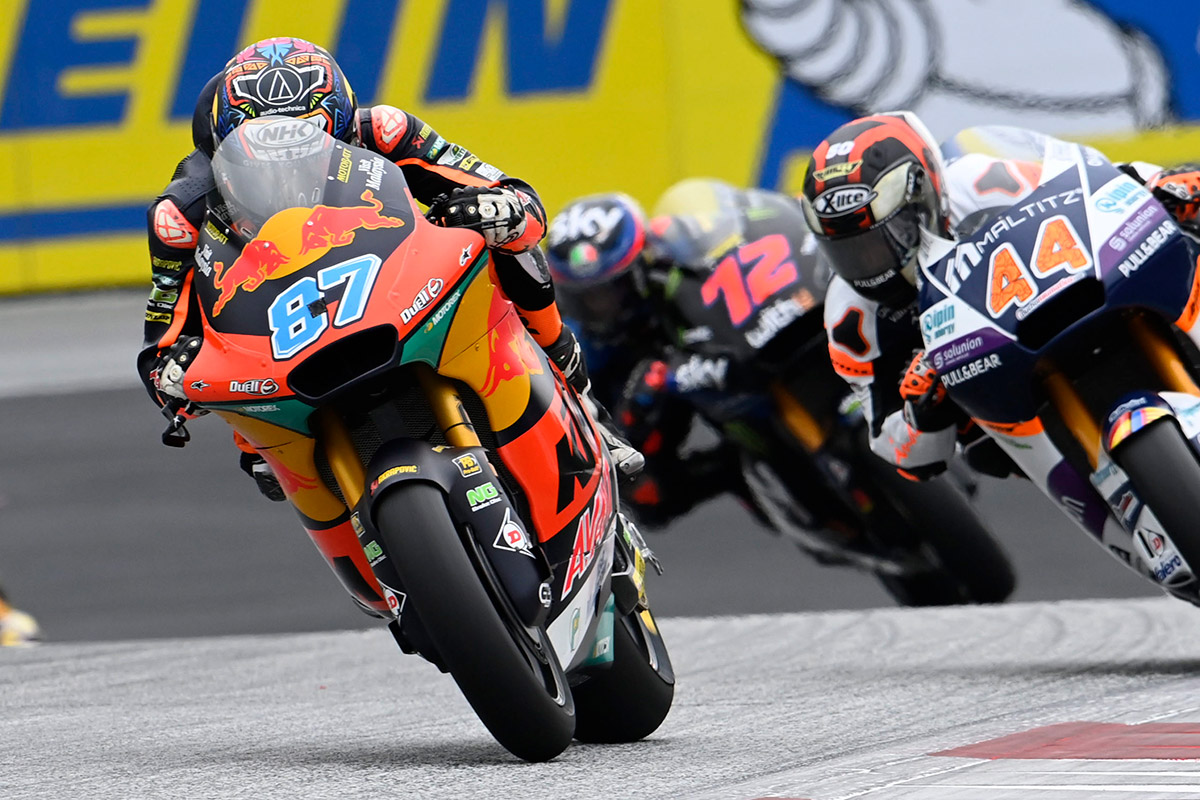 The Red Bull Ring in Austria hosted the tenth race of the 2021 Moto2 World Championship season on Sunday, in which Red Bull KTM Ajo battled for good results. Remy Gardner was strong and competitive, leading the way for several laps before eventually taking fourth place.

The Moto2 race was declared dry, despite the fact that the Austrian track had some patches of surface water due to the rain that had fallen early in the morning. Remy, who started from the pole, lost a position on the opening corner, but kept his calm riding in second place. It was on lap eight that he took the lead again, and imposed a change of pace to escape from his rivals.

In the last third of the contest, the chasing group again hunted down Remy who, after making a small mistake and running off the track, lost several positions. The Red Bull KTM Ajo would claw his way back to fourth.

#87 REMY GARDNER
“It was a shame about the run-off that we suffered at Turn 4, as we had led for a large part of the race. Our rivals were a bit stronger than us today. When the second placed rider passed me, it was the first time I got a slipstream from him all the way to the corner, and I just didn’t expect to have so much of a pull from it. That made me go into the gravel and lose more than five seconds. Nevertheless, I am happy because we took the fourth position and picked up some important points. I want to thank the team for the work they did and, at the same time, apologise for not making it onto the podium.”