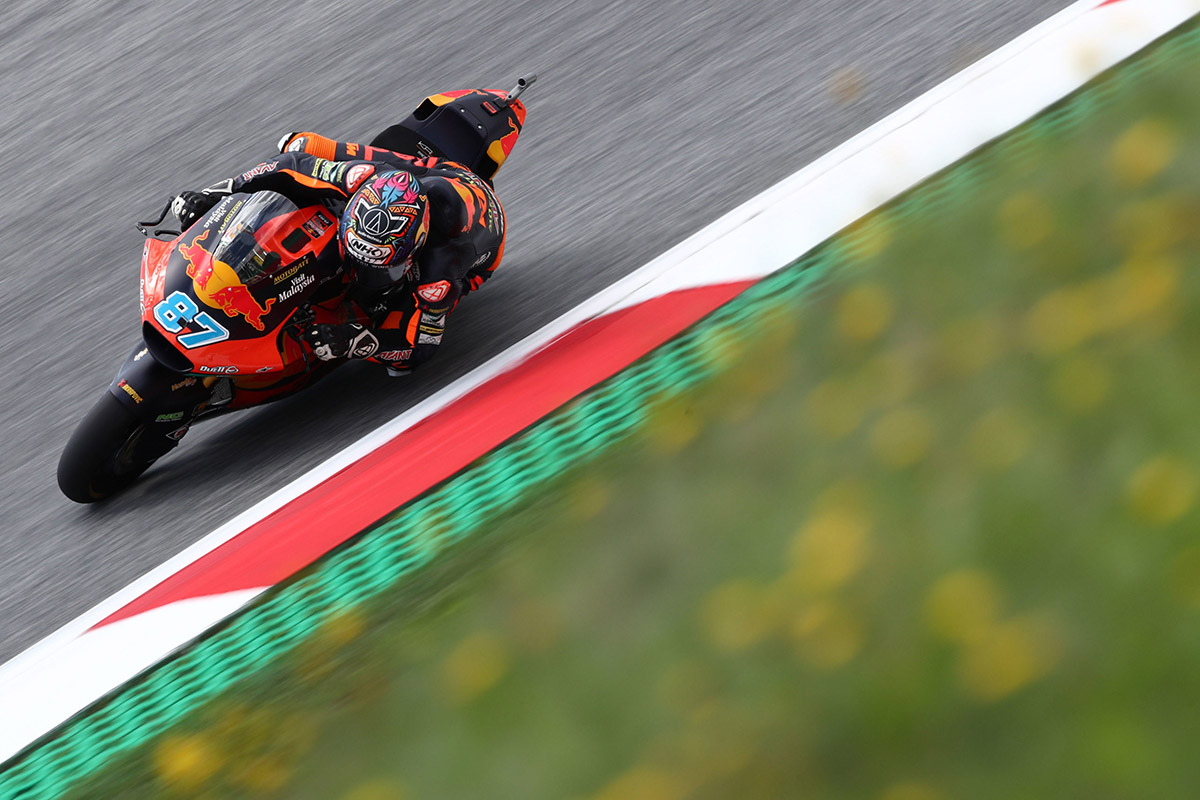 After a five-week summer break, Red Bull KTM Ajo Moto2 started the second half of the 2021 season in good shape, enjoying a solid opening day at the Styrian Grand Prix. Remy Gardner finished third on Friday, after leading the FP2 and showing great consistency and competitiveness.

The team dedicated FP1 to getting their feeling back after their time off. Remy and teammate Fernandez were steady in lowering their lap times, and the Australian placed seventh, clocking a 1:29.457 on his penultimate attempt of 15. Gardner was just 3 tenths off the pacesetter.

At the start of FP2, the track had mixed conditions due to the rain that had fallen earlier in the day. It gradually dried out, with Remy then setting the top time of the afternoon with a 1:29.244. The Australian completed 19 laps.

Tomorrow morning sees the final Free Practice session for the Styrian Grand Prix, before qualifying in the afternoon. Moto2 Q1 will start at 3:10 PM local time, followed by Q2 at 3:35 PM.

#87 REMY GARDNER
“It was a good day. In the morning, in FP1, we had a small issue, but we managed to solve it for FP2. I’m very happy with how the day went, as we led the second Free Practice. We have to keep working hard and pushing. It is always a pleasure to race at the home of KTM and Red Bull, so I’m looking forward to tomorrow and continuing to give it some gas.”