Remy Gardner scores third win in a row at Sachsenring 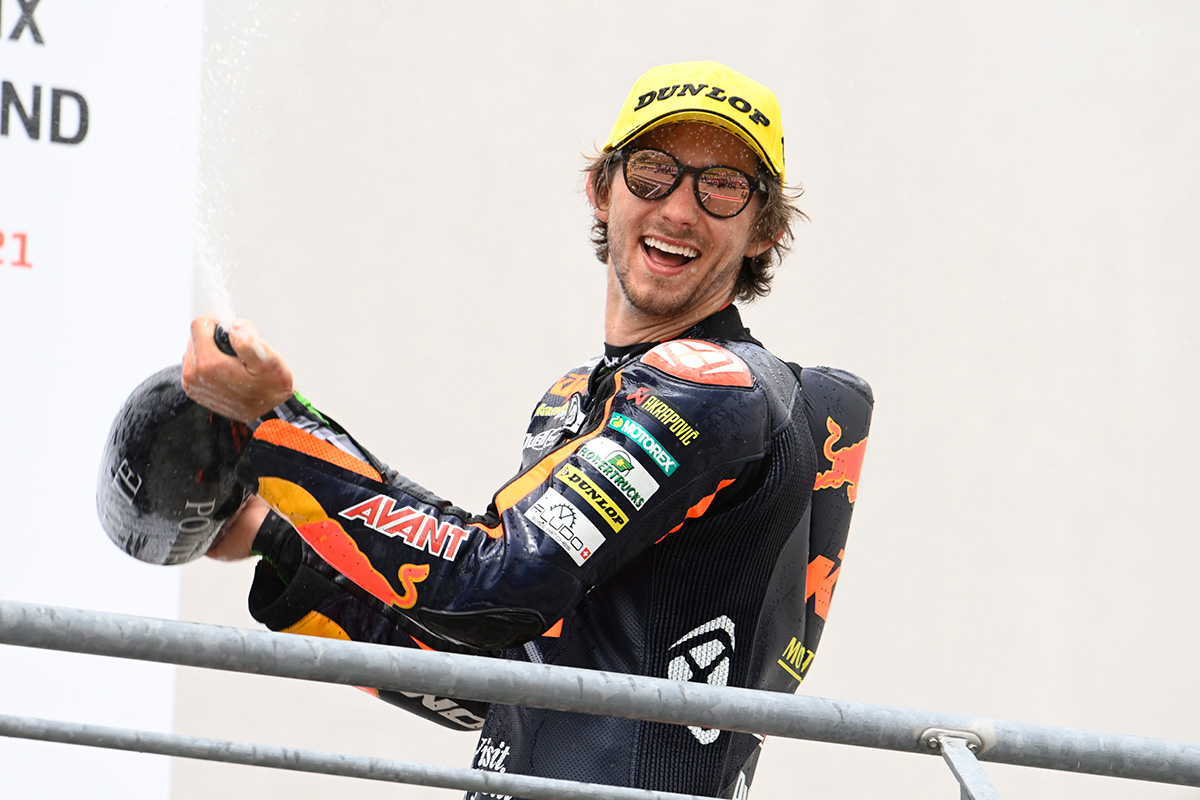 On the day of the 200th Moto2 World Championship race, Remy Gardner achieved his third consecutive victory of the season at the Sachsenring circuit. A masterclass from the Australian rider saw him cross the line over 6 seconds ahead of his closest rival and extend his lead in the overall standings in the process.

The German Grand Prix began well for Remy, who moved up from third on the grid to second on the opening corner. He and his Red Bull KTM Ajo teammate broke away at the front, leaving the rest of the field behind. Remy assumed the lead on Lap 3 and upped his pace, setting the best race lap of the Sachsenring with a Moto2 bike. When out alone, he remained unchallenged through to the chequered flag, earning the fourth victory of his career and his 12th podium. He is the first Australian rider ever to win three intermediate class contests in a row.

Following the eighth round of the 2021 season, Remy remains the series leader with 164 points. The Red Bull KTM Ajo duo will return to action next week for the Dutch GP, held at the legendary Assen circuit from June 25-27th.

REMY GARDNER
“Before the race, my brother sent me a message telling me to become the first Australian to win three consecutive races. It was a great contest. Honestly, I was prepared for a battle, as Raul [Fernandez] had been very strong the entire weekend. Especially in the warm-up, he had a better pace than me. However, on the first three laps I saw that I was quicker, and I calmly began to push. I needed to keep focused and it was a very long round. I’m happy with the 25 points. It was an important day for us. Now we have to remain calm and keep going.”