Brilliant start for Remy at the Sachsenring 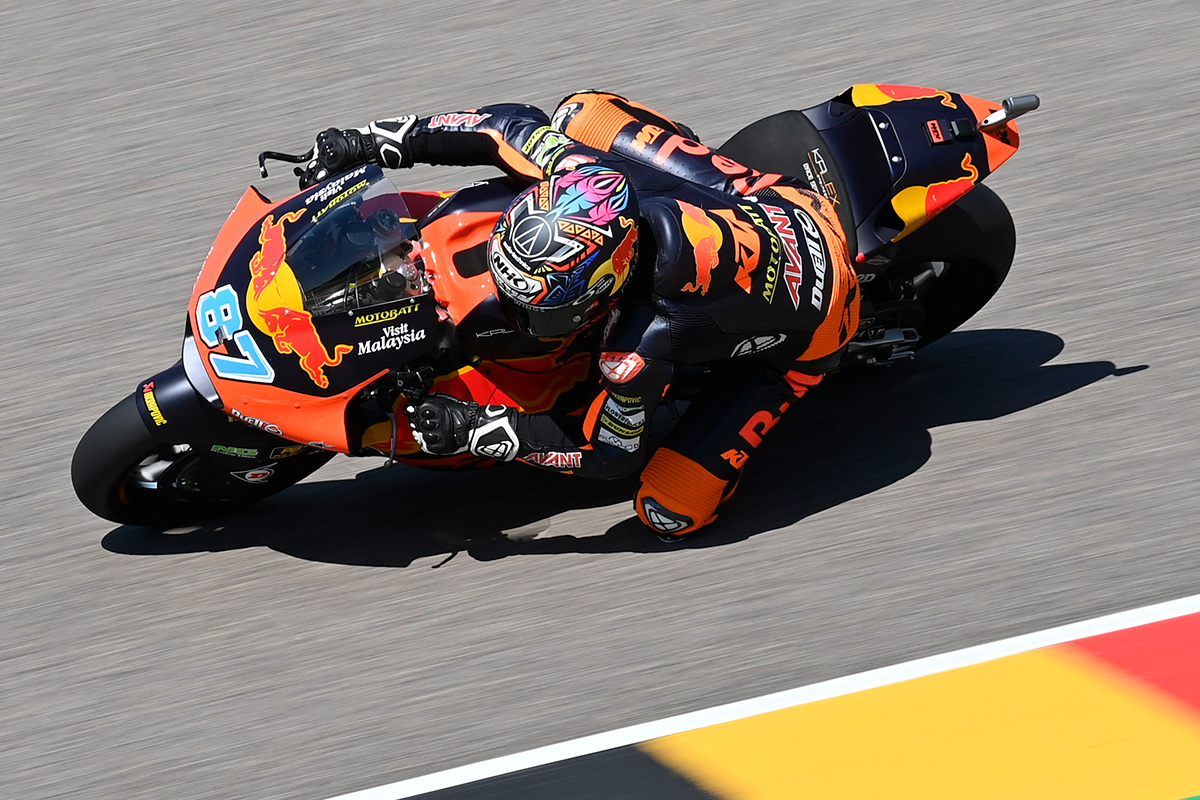 The German Grand Prix could not have started better for Red Bull KTM Ajo Moto2, who topped the combined standings for the first two Free Practice sessions held at the Sachsenring. Remy Gardner was fastest in both FP1 and FP2, whilst teammate Raul Fernandez also enjoyed a more than solid day, finishing second at the end of Friday. Both riders are provisionally through to Q2.

The pair set very competitive and consistent times in FP1. Remy led the session and was the first competitor to break the 1:25 barrier, stopping the clock at 1:24.873. The Australian completed 21 laps of the German track.

In the afternoon there was a strong wind that caused the session to be delayed on two occasions, due to the track conditions. Despite an uncertain start, the Red Bull KTM Ajo Moto2 riders managed to stay calm and ended up improving on their morning times. Remy was again one step ahead of the rest of the field, fastest in FP2 with a personal best of 1:24.197, which he achieved on his 15th attempt of 20.

Tomorrow morning Gardner and Fernandez will compete in FP3, the last Free Practice session of the weekend. The Moto2 German GP starting grid will be decided at 3:10 PM and 3:35 PM, in Q1 and Q2.

87 REMY GARDNER
“It was a very positive day for us, since we have always been at the top of the standings. I’m happy with the pace we have, because we were able to set more than one fast lap. However, we have to keep working as we still have a long weekend ahead of us. We have to stay focused for the remaining sessions, and, of course, for the race.”