Remy retains championship lead with fourth in the #SpanishGP 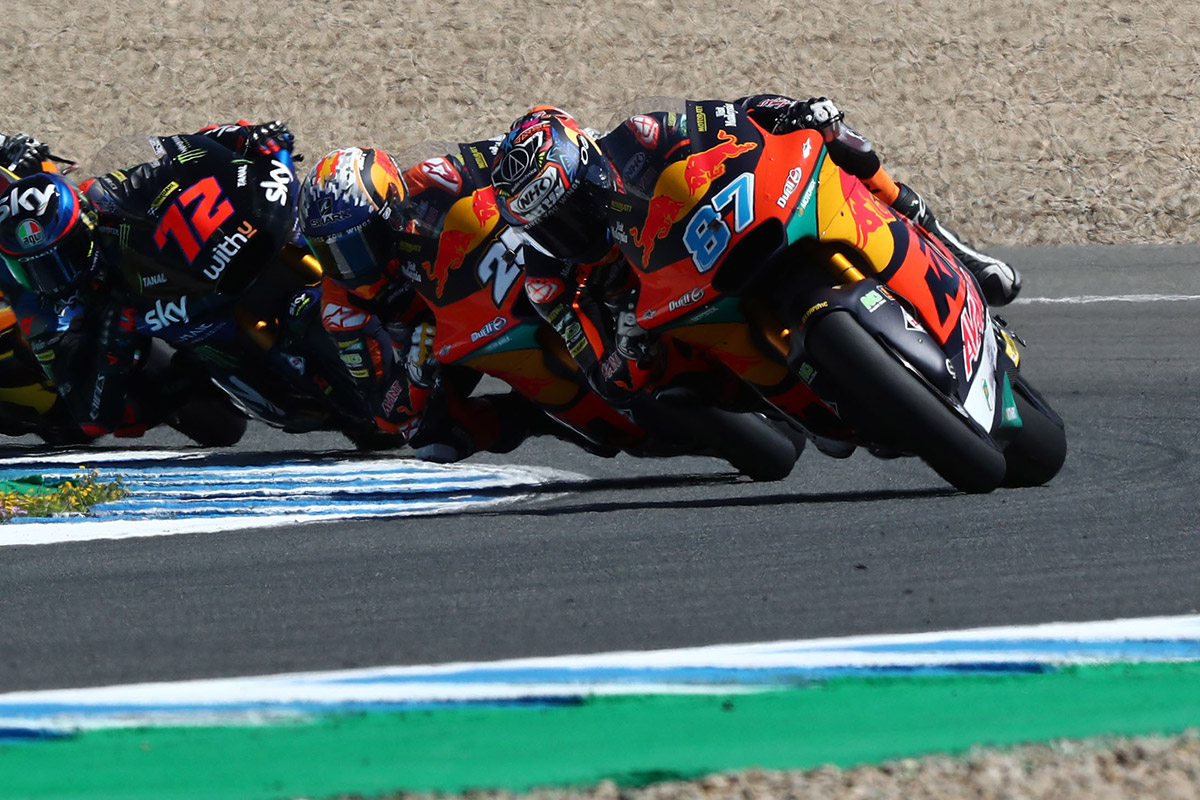 The Jerez-Angel Nieto Circuit hosted the fourth round of the 2021 Moto2 World Championship season on Sunday, with a race in which the Red Bull KTM Ajo team had a solid showing. Remy Gardner and Raul Fernandez finished the Spanish Grand Prix in fourth and fifth place, respectively, with the Australian rider remaining the series leader.

Remy, who started from the pole position, completed the first lap of the race in second place. With the contest leader breaking away early, the Australian focused his attention on claiming a podium finish. On lap eight, the Red Bull KTM Ajo Moto2 was overtaken by his teammate and subsequently dropped a further place, completing the Andalusian round in fourth after retaking position from Fernandez and battling with Bezzecchi and Lowes.

After the fourth round of the 2021 season, Remy continues as Moto2 World Championship leader with 69 points. The Red Bull KTM Ajo squad will be back in action at the French GP at Le Mans from May 14-16th.

87 REMY GARDNER
“Overall, I’m satisfied with today, although we suffered a lot in the race. Right from the start, I felt a bit strange, so we have to analyse what happened ahead of the next contest. However, I am happy with the work we did. Finishing fourth on a difficult day is a good thing, and we also picked up some important points that keep us alive in the championship.”