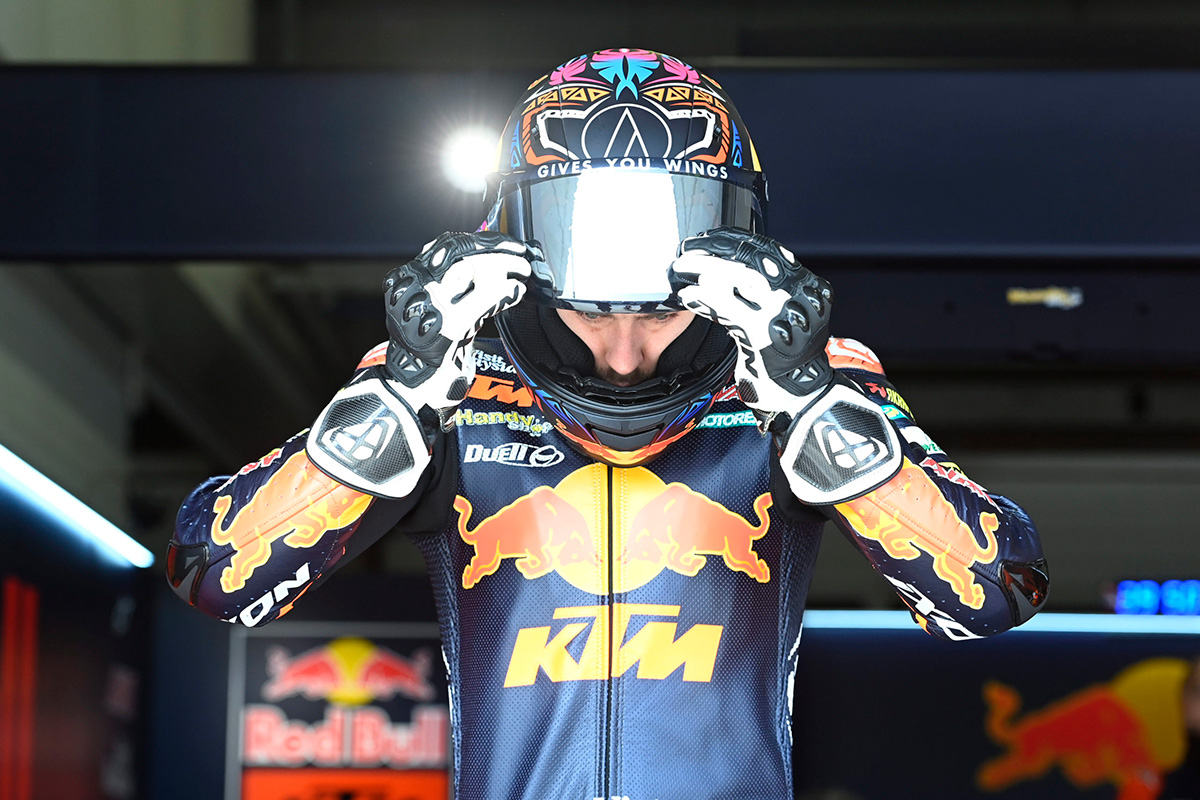 The Spanish Grand Prix began in promising fashion for the Red Bull KTM Ajo Moto2 team, with lap times in the first two Free Practice sessions putting both of their riders provisionally into Qualifying 2. Remy Gardner and teammate Raul Fernandez finished second and sixth on the combined FP1 and FP2 timesheets on Friday, once again proving to be the strongest pairing on the grid.

The riders got off to a good start, both setting very fast and competitive times from the get-go in FP1. Remy proved to be one step ahead of the rest of the field, and eventually topped the session thanks to a time of 1:41.675 on his last attempt. The Australian completed a total of 16 laps of the Andalusian track.

In the afternoon, the good feeling continued, and times were very similar to those that they rode in the morning. Remy was second in FP2 with a time of 1:41.774, achieved on his 15th lap of 18, and maintained his imposing, consistent pace.

Tomorrow morning, Remy and Raul will make their final adjustments in FP3. In the afternoon, Q1 will be held at 3:10 PM, local time, followed by Q2 at 3:35 PM.

87 REMY GARDNER
“I’m happy with how today went. We finished Friday in good shape. The bike is working well and, although we have to polish up some things, I am very satisfied with the work that we are doing. In addition, we showed that we have a good pace. I’m looking forward to tomorrow.”