Double Desert Podium For Remy in the #DohaGP 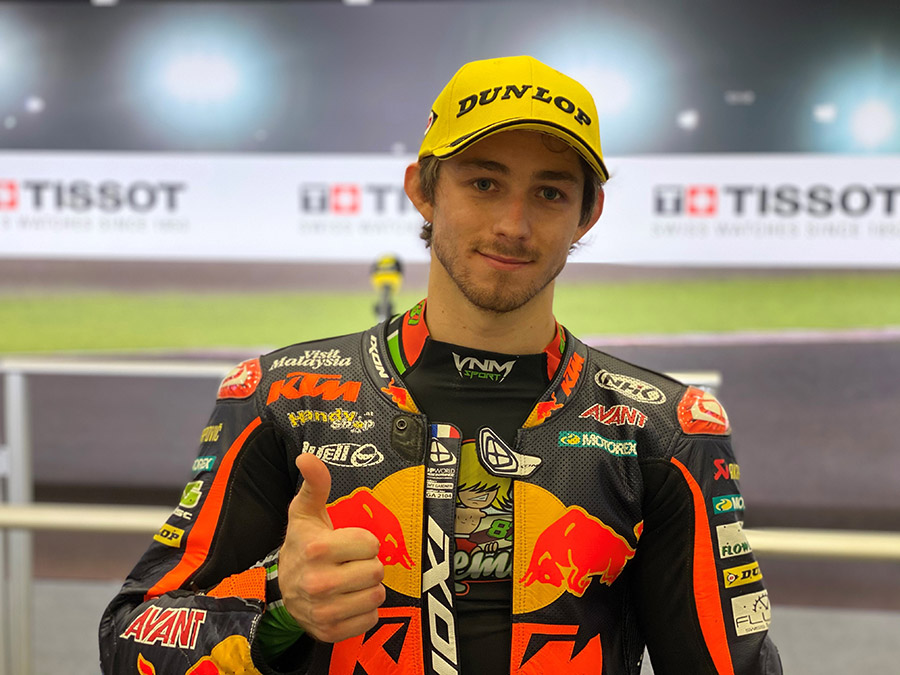 Remy Gardner has made it back-to-back podium finishes at the Losail International Circuit, in the second round of the 2021 FIM Moto2 World Championship, the Australian finishing second at the venue that also hosted the season opener a week ago, where he also finished in second position.

A steady start in Friday’s first Free Practice session in extremely hot conditions was no cause for concern, the #87 Red Bull KTM Ajo rider slotting himself into the Top 3 by the time FP2 concluded on Friday evening.

With strong gusty winds preventing anyone improving on Saturday afternoon, Gardner was confident going into Qualifying. Making the most of the laps available to him in the 15-minute grid deciding session, he qualified on the front row of the grid for the 20-lap race.

Fourth in the early stages, Gardner eased his way into second position with 15 laps to go and set off after initial race leader Sam Lowes. Pressuring his rival for the remainder of the race, Remy was unable to make it past, crossing the line after an intense forty minutes of racing to secure his second consecutive podium of the season after setting the fastest lap of the race in the final lap!

Today’s result means Gardner heads back to Europe for Round 3 of the series at Portimao in Portugal, second overall in the Championship standings.

Remy Gardner:
“You can never complain getting on the front row, and after struggling in FP1 on Friday when it was like riding on marbles, it was good to keep the momentum that we found in FP2 into Saturday. I would have signed on paper to take these two results here in Qatar, it’s a great way to end the second race in the desert. We nearly had the win today but fair play to Sam (Lowes), he was really strong and ran a really good pace all race. I tried on the last lap, but I just couldn’t pull it off. I’m happy, it’s good points and we are leaving with a good taste in our mouths, and we can head to Europe confident and satisfied with the work we have done in the opening two races. Thanks to the whole team, see you in Portugal!”