Remy on top form as Qatar testing gets underway 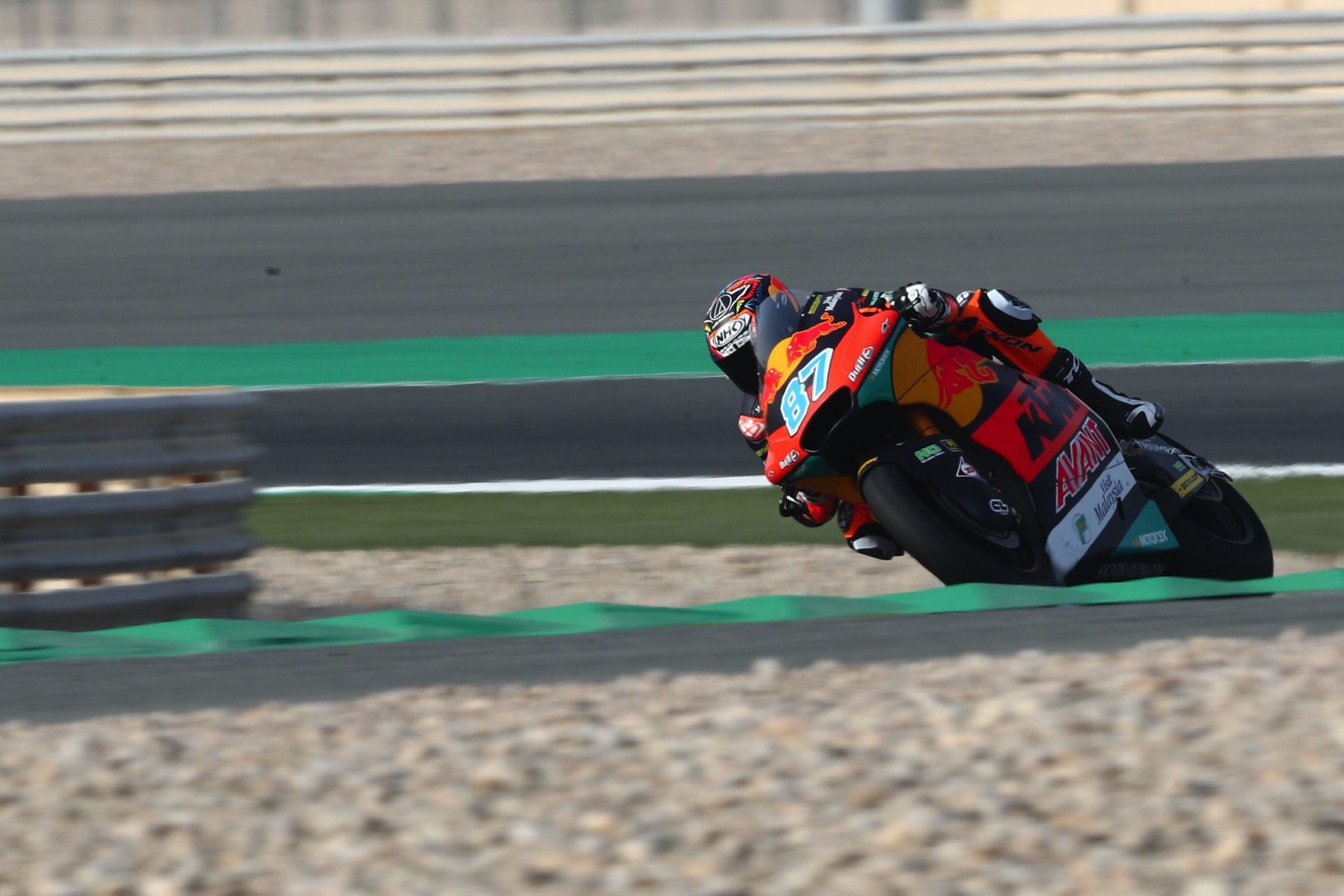 The Red Bull KTM Ajo team got the three-day Official Test in Qatar underway on Friday, beginning their final preparations for the 2021 World Championship season. Remy Gardner and teammate Raul Fernandez showed that they are ready for action, with the Australian clocking the best time of the day and his teammate 10th on his first visit to Losail with a Moto2 bike.

The team decided not to participate in the morning session, instead waiting for the track conditions to improve and more closely resemble those of the upcoming race. From there, Gardner and Fernandez made the most of a second practice in which both were very strong. The Australian rider accumulated 19 laps and finished with the second fastest time – 2:00.432 -, one tenth off the top spot.

In the afternoon, the Red Bull KTM Ajo duo continued to have a good feeling, with both setting their personal best of the day. Gardner was the fastest rider in both the session and in the combined timesheets thanks to a 1:59.074, from his 22nd lap of 24.

The Red Bull KTM Ajo Moto2 team will remain in Qatar until Sunday, when the pre-season test ends. They will be back at the Losail International Circuit for the opening race of the year.

#87 Remy Gardner
“Overall, it was a good day for us. We tried out different lines and, although we have to continue working to improve some aspects, I’m satisfied. We still have two more days of testing that we hope to make the most of, in order to arrive prepared for the first two rounds of the season. I want to thank the team for everything they are doing.”