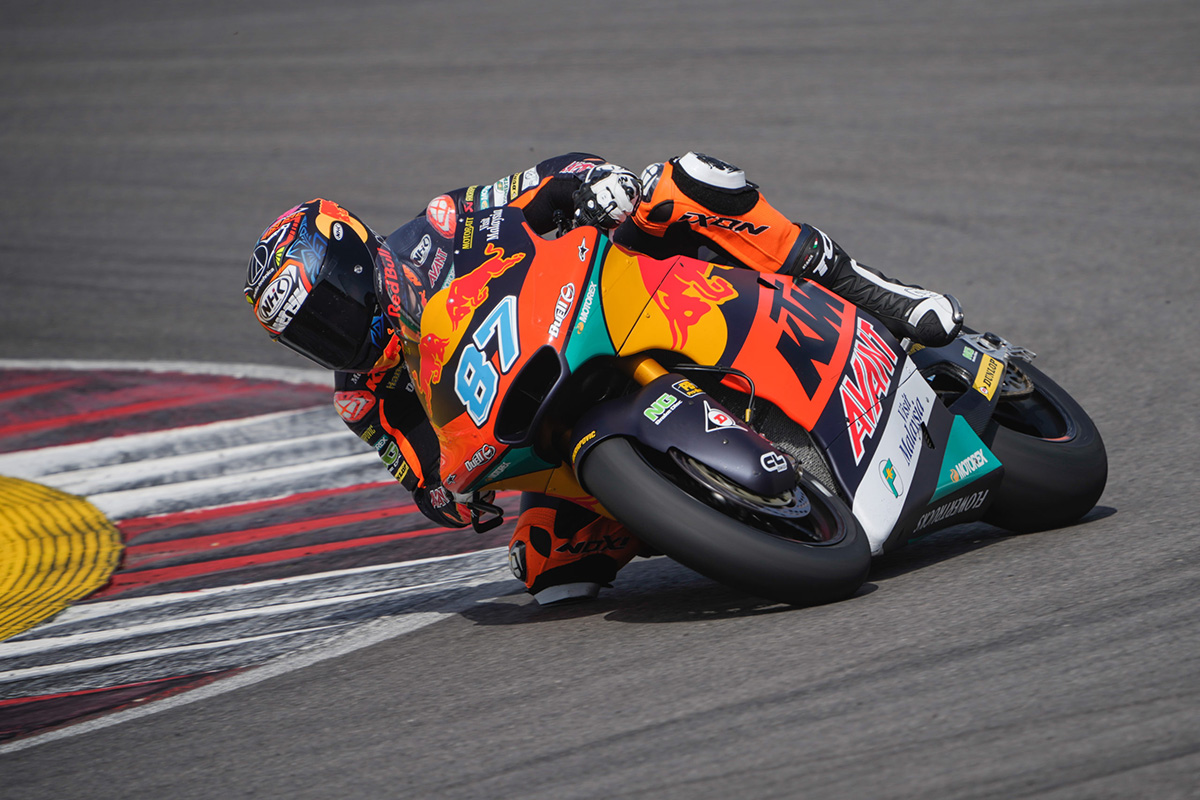 With less than a month remaining until the 2021 World Championship season begins, Red Bull KTM Ajo resumed their work this week with two productive days of private testing – Tuesday and Wednesday – in Portimao, Portugal. The practice saw the team share a track with a large number of fellow Grand Prix outfits. Remy Gardner was the fastest rider on the second day at the Algarve International Circuit.

Remy made a promising start to 2021, and was one of the top riders on Tuesday. Yesterday, the Australian was the only man to go round in the 1:42s, with a 1:42.962 best time less than half a second slower than the pole position-earning lap he set at the Portuguese Grand Prix last November.

The Red Bull KTM Ajo Moto2 riders will be back in action in two weeks at the first official test of the preseason, held in Qatar from March 19th-21st.

#87 Remy Gardner
“After these two days of testing, I feel much more comfortable on the bike. This test helped us to get to know each other better and gain more confidence – both within the team and with the bike. Overall, I am happy with the work we did.
We tried out several things and I am impressed with how some elements we tested have worked, which is very positive. We obtained important information that will help us approach the start of the season. I’m looking forward to making progress in Qatar in two weeks.”