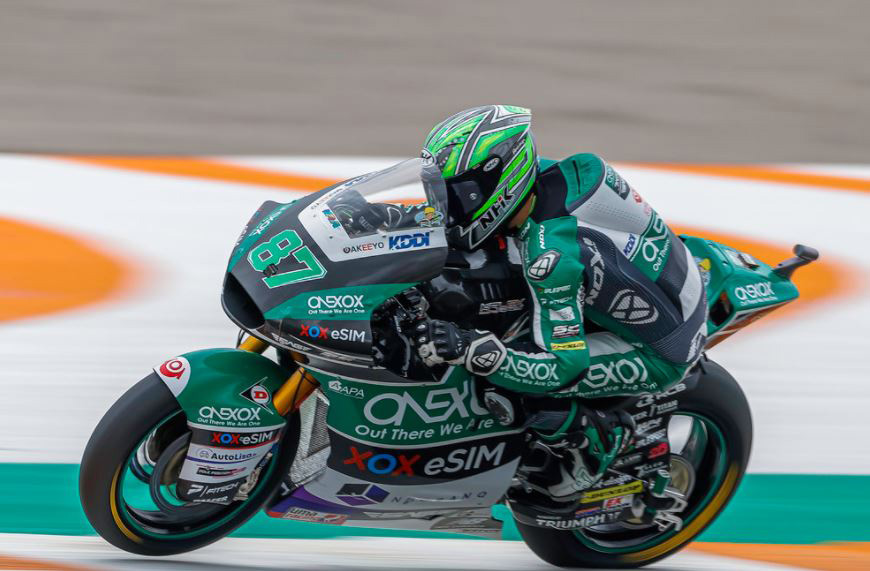 Remy Gardner has finished third in today’s Moto2 #EuropeanGP, his third podium finish of the season.

He consolidated sixth overall in the 2020 FIM Moto2 World Championship, with another superb front running performance, after starting the twenty-five-lap race from fourth on the grid.

A mixed weekend in terms of weather saw the #87 end the opening day in fifth overall, the Aussie electing to sit out FP3 on Saturday morning after an overnight downpour in Valencia dampened the 2.489-mile Ricardo Tormo circuit. A confident Remy just missed out on the front row but was satisfied with the work done in the lead up to the first of two races at the Spanish venue.

Quick to react when the lights went out, Gardner was soon in podium contention, and after another consistent showing he was able to secure another sixteen points for finishing third.

With fifth overall now firmly in his sights, racing resumes next weekend with Remy confident of a repeat performance.

Remy Gardner:
“We made it straight into Q2 on Friday which was a good start to the weekend. We sat out FP3 as there was nothing really to gain. The track conditions in Qualifying were tricky but we did a good lap and managed to take fourth which I was pleased about. Today was a little bit like going into the unknown as it was the only really dry day since we got here. The warm-up wasn’t that impressive, but I felt good on the bike and I thought that we could have a good result. Third gives us some more really important points in the fight for P5 in the overall standings and I’ll give it everything next week to close in on Jorge (Martin). I’m super happy with the team and the work we’ve done, it’s another great result and another podium.”