Remy Gardner gives it his all in #CatalanGP 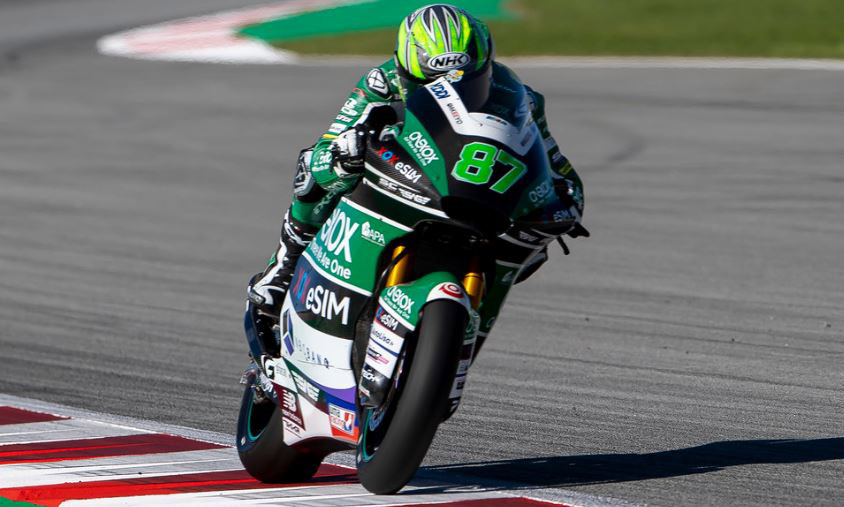 Less than a fortnight after surgery following his crash at the Misano World Circuit Marco Simoncelli, Remy Gardner was back on track at the Circuit de Barcelona-Catalunya, in the latest round of the FIM Moto2 World Championship.

The circuit, the scene of his first Moto2 win when he raced in the FIM CEV Repsol series, is one that Remy has fond memories of and with him living in the Catalan city (and with no race in Australia this season), it’s a race he is calling a ‘home’ race in 2020.

Riding with some discomfort Remy ended the opening day just outside the top twenty before a super effort in FP3 saw him safely through to Q2. Qualifying tenth, Gardner would start the twenty-two-lap race from the sixth row of the grid in sixteenth following a grid penalty for a spill on Friday.

From lights out to the flag the #87 SAG Racing Team rider used his head, avoided the usual lap one chaos to finish sixteenth at the flag, despite receiving a long lap penalty for exceeding track limits and having to race with a faulty tyre from lights out – a heroic ride under the circumstances.

Remy Gardner:
“It was decent opening day and a decent qualifying session. I was still riding a bit nervous and didn’t get the best from my lap but P10 was ok although with the penalty it meant the sixth row. I think penalty was highly uncalled for if I am being honest and totally not fair. Yes, I crashed under yellow flags, but I saw the flags on my first lap when the tyre probably wasn’t up to temperature. I know the rule and I closed the gas but as soon as I did the front dived and it folded on me. That’s why I crashed. Not because I didn’t respect the rules. We have the data, but Race Direction didn’t seem to care. There was nothing I could do about it other than accept it and focus on the race but from lap one we had a rear tyre problem. It was completely blistered at the end. We found out that others had a similar problem in practice but that doesn’t make it an easier pill to swallow. It was like riding on ice and it sucks when you give it 100% all weekend and a tyre company lets you down when it matters. It was something out of our control and we have to just focus on the next one. I think we could have been in the top ten, the only consolation is that we leave the weekend with no further injury. I am sore but we dug deep, and I will rest now to be in even better shape for France.”