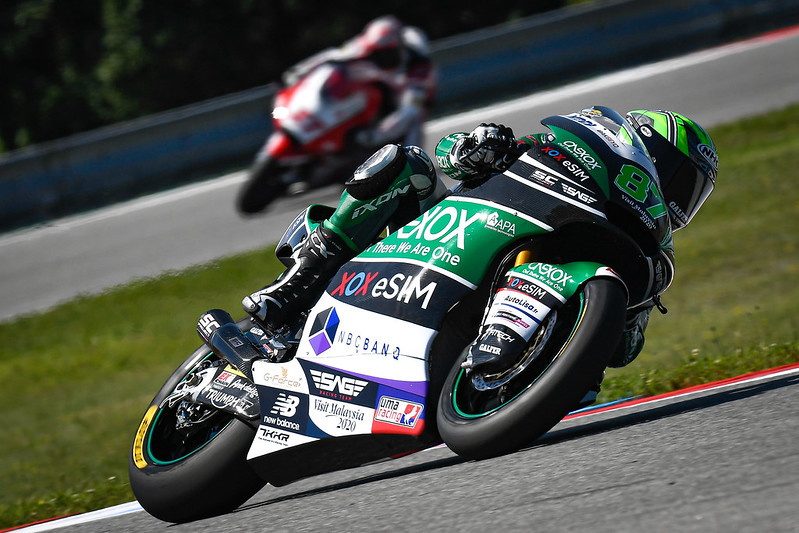 Remy Gardner finished thirteenth in the Czech Republic in Brno after starting twenty second on the grid following a crash that prevented him from making it into the final grid deciding qualifying session.

A usual good start saw Remy make up places in the early laps before the #87 involved himself in an initial fight for the top ten. A typical Moto2 race followed, Remy able to maintain a decent pace, eventually crossing the line thirteenth, adding three points to his tally – ensuring he remains inside the top ten overall in the 2020 FIM Moto 2 World Championship standing!

Whilst it’s another World Championship points finish, Gardner leaves the Czech Republic ahead of next weekend’s race at the Red Bull Ring in Austria slightly disappointed, especially after running comfortably inside the top ten earlier in the #CzechGP weekend.

Remy Gardner:
“The weekend started well; Friday was a good day. The feeling was immediately much better than Jerez. For sure we had to keep working but it was encouraging. It was always going to be difficult after the crash in qualifying and where we were starting from but at least we salvaged something. We had good pace, but we lost so much time at the beginning. I pushed as hard as I could, any harder and I would have crashed. We move on to Austria where we will put the new engine so fingers crossed, we can get back up the front.”