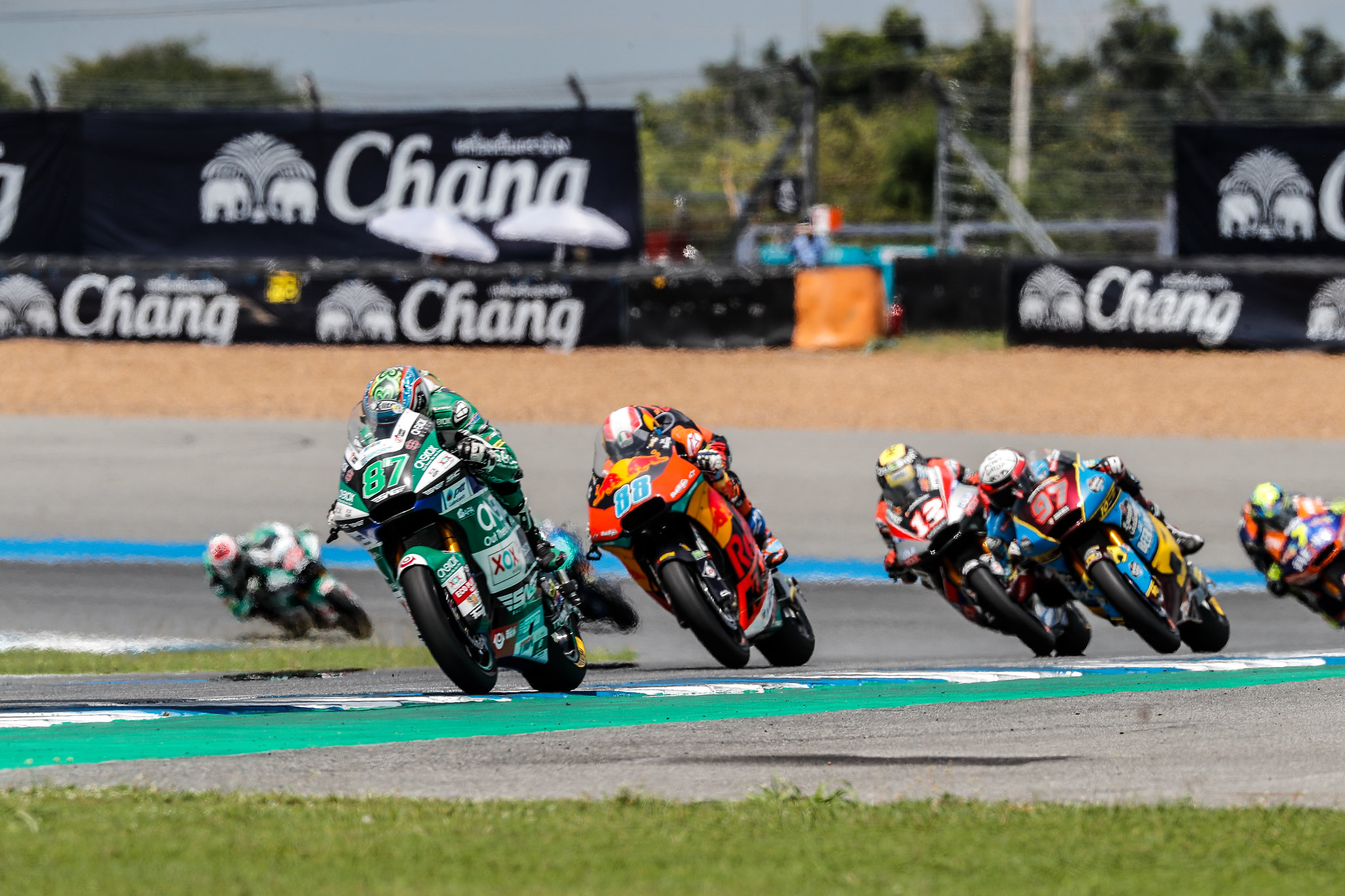 Remy, who started the race from the Second row of the grid of the Thailand Grand Prix, managed to place himself in the top positions from the beginning of the race but the Australian didn’t feel comfortable with his bike and eventually crossed the line in twelfth position.

The next round of the season will be at Twin Ring Motegi Circuit for the Motul Grand Prix of Japan on the 20th of October.

#87 Remy Gardner | P12 | +15.952
“We didn’t manage to get a proper set up for this track. It is a shame because we managed to do a good start and we were racing with the front group but my bike was losing speed. I had a problem with the front tyre temperature, it got too hot and we suffered a lot in each corner of the track during the 24 laps of the race.”