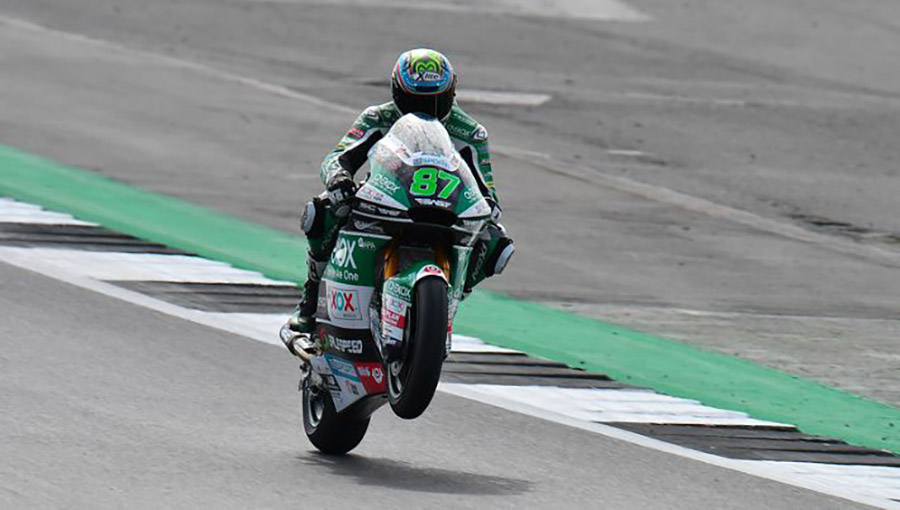 Remy Gardner reminded the world that he is Moto2 World Championship front runner in yesterday’s British Grand Prix at Silverstone after a finishing a fighting fourth, narrowly missing out on a podium finish.

Returning the circuit that gave him his maiden front row qualifying twelve months ago the #87 rider was on from the opening day. Eventually qualifying on the second row of the grid for the eighteen-lap race, Remy made the most of another strong start, ensuring he remained in the leading group throughout.

With only a handful of laps remaining he eased his ONEXOX TKKR Sag Racing machine into third before losing it just before the chequered flag. Classified fourth, Gardner missed out on what would have been a historic win by less than a second, but importantly silenced his critics after a couple of earlier in the season non-finishes.

Remy Gardner:
“I was looking for a bit more in qualifying, but I was still happy. I just missed the front row, felt good on the bike, had a good rhythm and knew we could put in a strong showing when the race came. The race itself was both positive and disappointing at the same time. I fought back after losing the group, it was a big gap, but I managed to arrive at the front group late in the race. We had the pace, but Brad pipped me with two corners to go. Nevertheless, it was a good race, a big confidence boost and I’m already looking forward to Misano.”