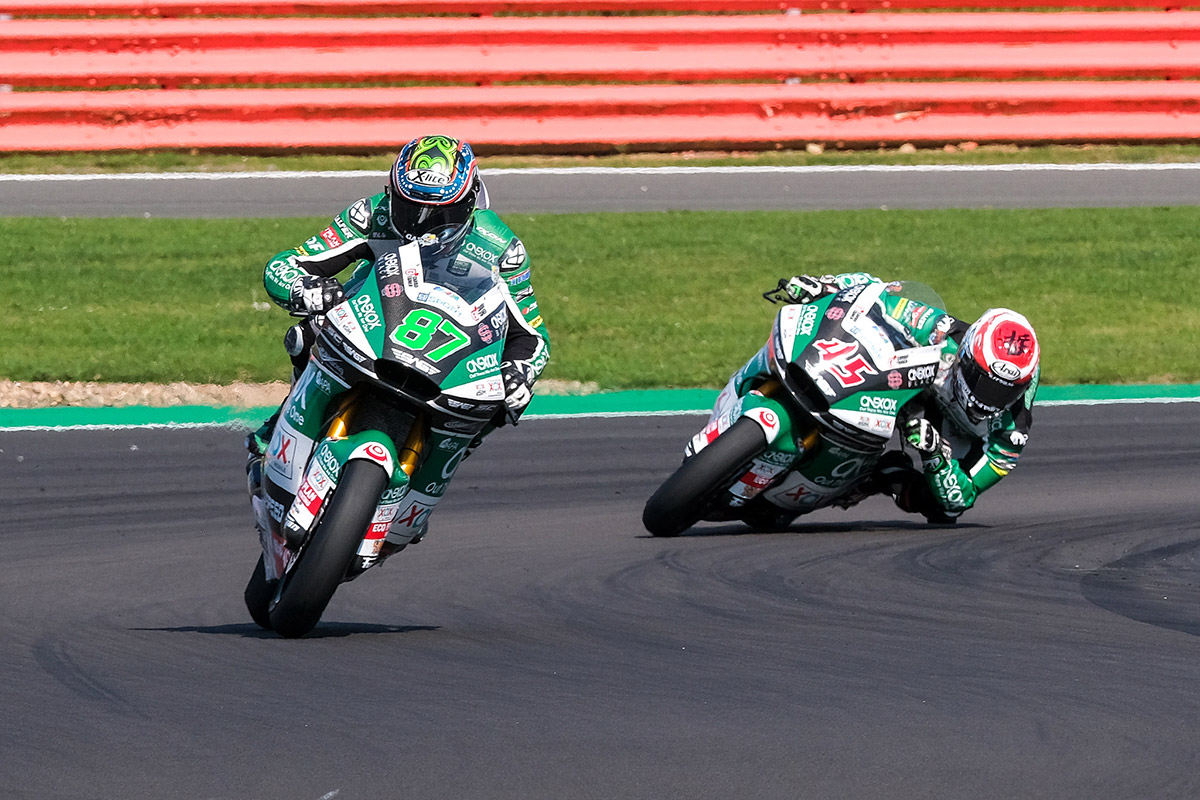 The ONEXOX TKKR SAG TEAM leave the British track after a magnificent performance by both riders. Remy Gardner finished fourth overall only 0.738 off the podium followed by his teammate Tetsuta Nagashima who finished in fifth position.

Gardner started from the fourth position of the grid and fought hard for the podium positions up until the last lap. The Australian crossed the finish line in fourth position picking up very important points for the Championship standings.

After the GoPro British Grand Prix, the ONEXOX TKKR SAG TEAM riders are ninth and tenth in the Moto2 Championship standings. The next Grand Prix will take place at the Marco Simoncelli Circuit in Misano the weekend of 15th of September.

#87 Remy Gardner | P4 | +0.738
“It has been a good day. We were so close to the podium, we just missed out by so tittle again. I did a very good race, I struggled at the beginning with the full tank of fuel but towards the end, the last 6 laps, I really tried my hardest and managed to catch the front group. I think we are back to where we should be, my teammate Tetsu did a really good race, too. It has been a very good day for the team. I am really looking forward to Misano.”