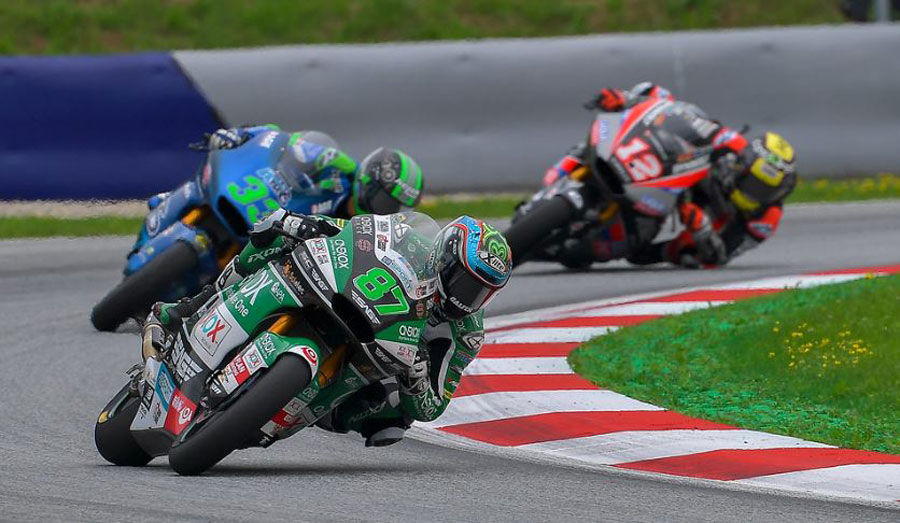 Remy Gardner once again showed he is a contender for Moto2 World Championship glory after a stunning race saw him fighting for the win in yesterday’s Austrian GP before an incident curtailed his victory challenge.

Qualifying ninth albeit less than three tenths of a second from the Pole, Gardner was confident of a front running performance and with rain in the air as Warm Up began expectations were high.

A strong start and a customary #87 charge soon saw Remy in the top three and hunting down the lead.

With six laps to go Remy went a little wider than usual after taking avoiding action to miss Brad Binder at Turn One, who was a little slower than the previous lap. On the exit he made contact with Alex Marquez, crashing out of what was looking like a well-deserved podium.

Disappointed, Gardner is determined to make amends at Silverstone, the venue of his maiden Moto2 Pole Position last year.

Remy Gardner:
“The team and I worked better for the whole weekend to improve our pace and the lap in qualifying was a good one, but we were losing a third of a second on the straights due to a small problem. I was unable to fight for the Pole, but we reset everything ready for the race and to be honest I am leaving Austria asking when will my luck change? I gave it everything today and had the pace to win! I am really disappointed. Binder went into the corner a lot slower, I went wide to avoid him and made contact with Marquez and that was that. He could have given me more space, but it’s been deemed a racing incident, so we have to just focus on getting the result we all deserve there. Thanks again for all the support, it means a lot. See you in the UK!”