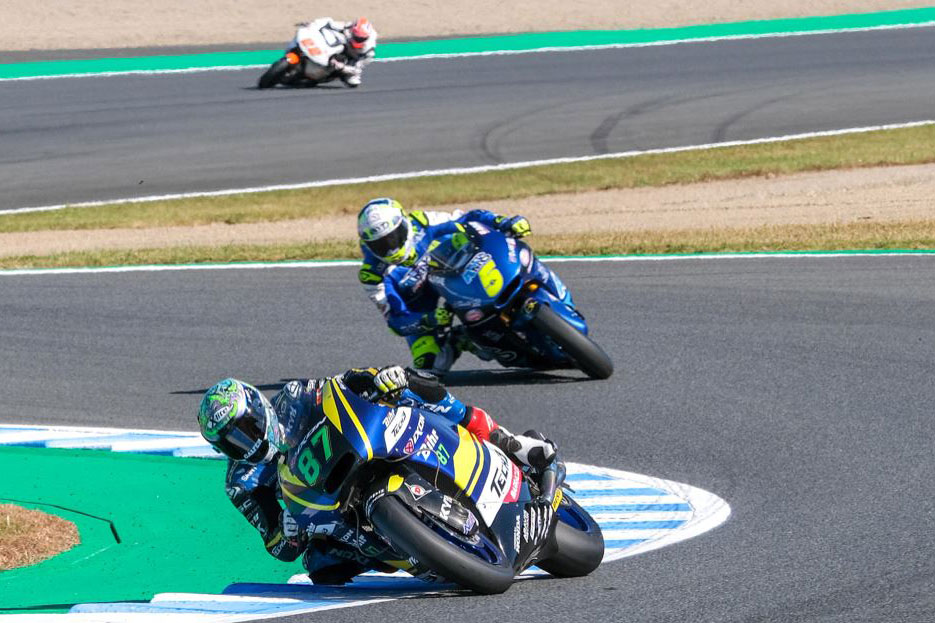 Remy Gardner set himself up for a strong home Grand Prix next weekend with another point scoring ride in today’s twenty-two lap #JapaneseGP at Motegi.

Running strongly, as high as eighth, on the opening day, the #87 Tech3 Mistral 610 rider qualified an encouraging thirteenth and was hopeful of a top ten challenge before the lights went out.

The race however didn’t go according to plan, with Remy struggling for grip from the off.

Despite giving it his usual 100%, Gardner had to be content with fifteenth at the flag, a possible faulty tyre the cause for him not being able to repeat his qualifying form.

Today’s result, Remy’s seventh World Championship point scoring finish of the season, coupled with his pace during the weekend, gives him confidence for the Australian Grand Prix which takes place in a week at the iconic and picturesque Phillip Island circuit.

Remy Gardner:
“It’s always tough when you have a mixed day in terms of weather on the opening day, but we started well and my pace was good in both the wet and dry. Qualifying we made another step and I was confident of a solid result in the race. I felt really good in the warm-up, but the race was definitely not what we wanted, or expected. As soon as the race started I had no rear grip at all, and we are sure it was because of a duff tyre. It’s a disappointment as I felt strong but what can you do, it’s just bad luck. We scored another world championship point and that’s important as we head to my home race. I can’t wait to get to Phillip Island and to put on a show for the home fans!”