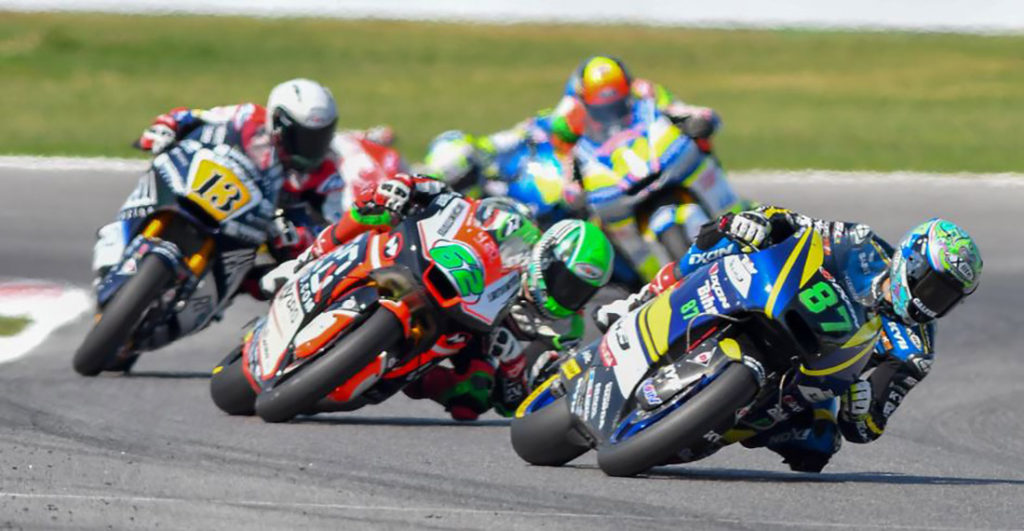 After the disappointment of not being able to start from the front row of the grid at Silverstone a fortnight ago, Remy Gardner showed true Aussie grit and determination with a spirited fight from nineteenth to twelfth in this afternoon’s San Marino GP at the Misano World Circuit Marco Simoncelli.

Consistent throughout the three free practice sessions, the #87 Tech3 Moto2 Mistral 610 rider was unlucky to crash in the closing stages of qualifying meaning a seventh row start.

Twenty five laps around the 2.6 mile Italian circuit is hard work, but thanks to another lightning start that saw Remy immediately into the top fifteen and some decisive passes Gardner added four more world championship points to his season tally, just missing out on another top ten finish at the flag.

Remy Gardner:
“In the end it wasn’t such a bad race and the result definitely made up for what happened in qualifying. You can never say what would or could have happened if I had not gone down in qualifying but we were closing in on the top ten at the end of today’s race so I think that could have been possible. We move on to Aragon before we start the flyaways and I am looking forward to building on today and ending the season on a high.”