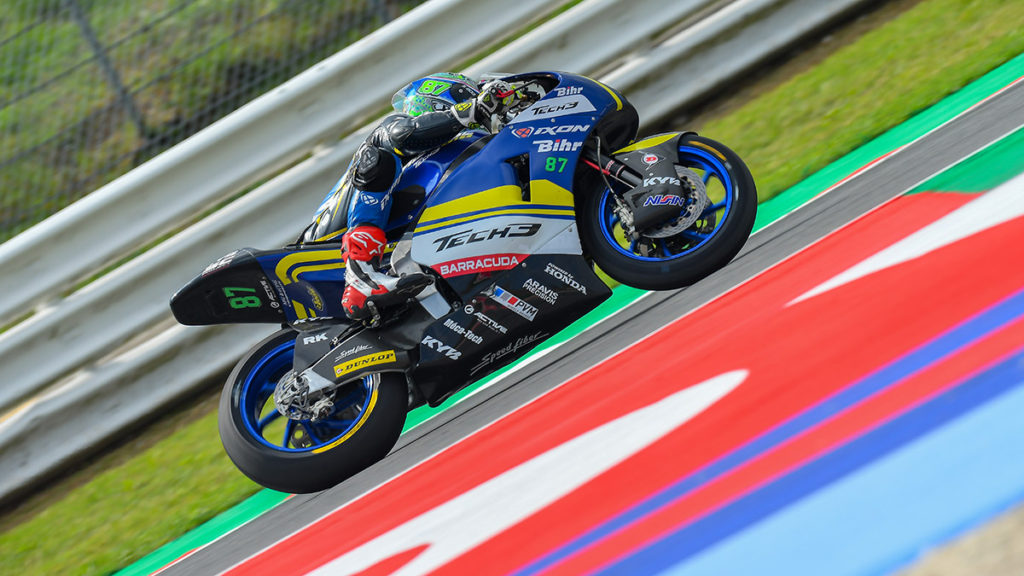 Remy Gardner showed a strong start to Saturday and was working hard during the third Free Practice this afternoon. In Qualifying he was able to do some fast laps as well but was unfortunate to being degraded from P14 to seventh row due to exceeding the circuit’s limits.

Remy Gardner
Position: 19th – Time: 1’38.050 – Laps: 17
“It was disappointing in the end of the Qualifying that I had a small crash in the last exit. The lap before I did my best lap, but we just learned that it was cancelled for exceeding track limits. I actually don’t know where yet, so we’ll have a look at it. It’s a pity because 14thwould have been a pretty decent position for a good race tomorrow. Now we’re 19th, lost five position, which complicated our job for tomorrow. I still think our race pace is quite strong. I was just pushing and it didn’t turn out the way we wanted it to. But that’s the way it goes sometimes.“