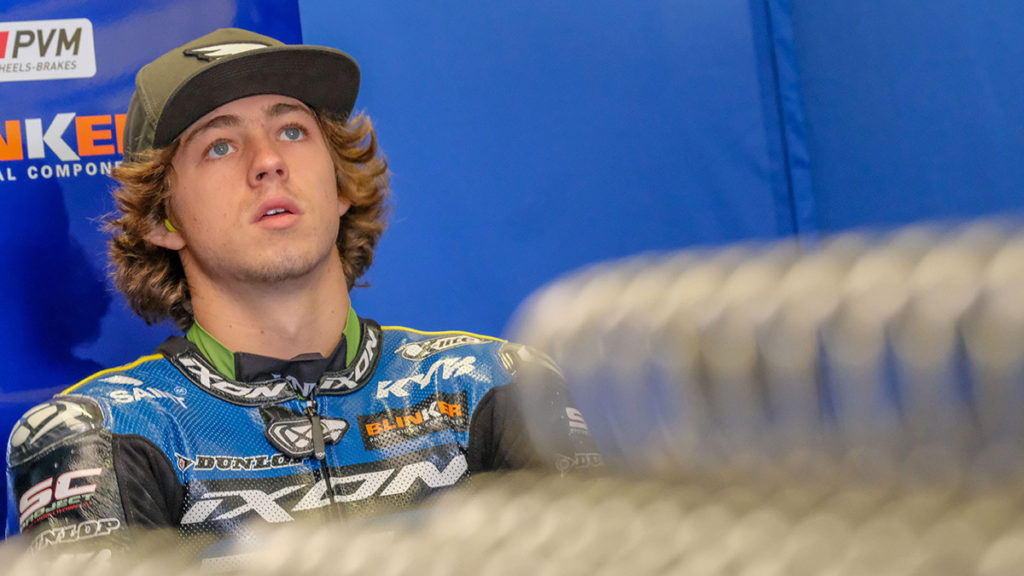 Remy Gardner was denied the opportunity to start today’s British Moto2 GP from the front row of the grid after torrential rain meant track conditions were deemed dangerous and the event was cancelled.

Gardner had shone in both wet and dry conditions throughout the weekend, his qualifying performance putting him second on the grid for the first time in his Grand Prix career.

After running inside the top three in morning warm up, the #87 Tech3 Moto2 Mistral 610 rider was looking forward to converting his qualifying pace into a front running race challenge.

Naturally disappointed, Remy accepts the decision and is already looking ahead to racing in Misano, Italy in a fortnight.

Remy Gardner:
“What can I say. It was an awesome feeling to cross the line and see my name at the top on the big screen yesterday. Pecco just pipped me for Pole, but to qualify on the front row for the British GP is something I didn’t expect, especially after breaking my legs earlier in the year. I was riding my hardest and when I came into Parc Fermé and saw the team and my dad I just didn’t know what to say. It was a great experience and one that I hope to repeat in the future. Today started well with a strong performance in warm up but then as predicted the rain came. I don’t want to sound arrogant but I felt good all weekend and I’m sure given the conditions that if luck had been on side we could have fought for the podium today but the conditions were just too dangerous. It is what it is and I will just take the positives and move onto Misano. Big thanks to everyone who messaged after qualifying it means a lot.”