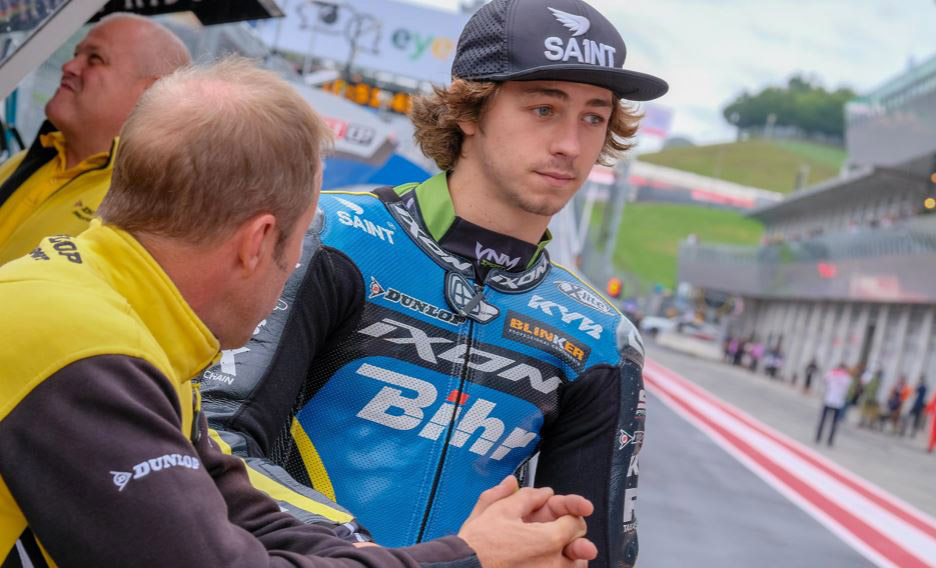 Remy Gardner leaves Austria disappointed this evening after crashing out of the fight for the top ten but is optimistic for the next round of the Moto2 World Championship at Silverstone in the UK in a fortnight.

The #87 Tech 3 Moto2 rider hit the headlines in the damp conditions on Saturday morning, topping FP3 by a comfortable margin of 0.8s before qualifying on the fourth row of the grid in 11th.

A solid warm and a strong opening couple of laps saw Remy with the leading group and looking comfortable before a crash on lap four put him out of the race.

Despite the crash Remy knows that he has the speed to challenge for regular front running positions and is looking to make amends next time out.

Remy Gardner:
“It’s a really disappointing end to what has been a really good and positive weekend. I was strong from FP1, and even went fastest in the damp on Saturday morning. I made a good start and held position before passing a few people. I was lucky to avoid the three rider crash just ahead of me on lap three but then I lost the front all on my own at turn six. My fault, I was just pushing too hard too soon. Hopefully at Silverstone I can bounce back with a good result.”

For those race fans attending the #BritishGP at Silverstone Remy will be taking part in the annual Day of Champions on the Thursday ahead of the event so be sure to say hi.