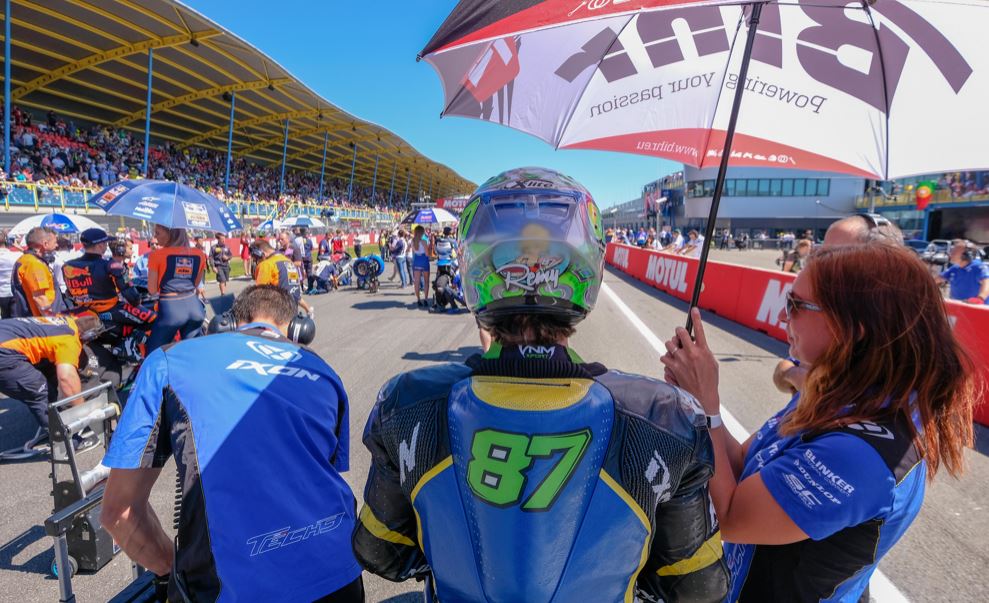 Today’s #DutchGP at Assen- the Cathedral of Speed’ in The Netherlands failed to deliver any Moto2 World Championship points for Remy Gardner who started and finished 18th, a mere half second from the points, at the end of 24 frustrating laps aboard his Tech3 Moto2 Mistral 610 machine.

Gardner, who returned to racing action a couple of weeks ago following his leg break, rode hard, and once again made up places in the early laps at the Dutch venue before the #87 struggled to maintain his pace as the race progressed.

Remy was unfortunately plagued with front end chatter from a quarter race distance, which severely impeded his progress from there onwards.

Naturally disappointed after a promising weekend, Remy will regroup and focus on the next GP which takes place at the Sachsenring in Germany in a fortnight.

Remy Gardner:
“The grid position may not have been great but being only 0.6s from the front row I was feeling confident for a strong race. We had a good race pace after making a step on Saturday and again in the Warm Up so it was disappointing not to pick up any points. I was feeling really good at the start and was making up places but after four or five laps the bike just transformed, especially at the front which had so much chatter. I didn’t understand why as before the race started we were looking good. When I got back to the pits the team looked immediately at the data and the bike and confirmed that unfortunately the wheel turned inside the tyre – although the bike and tyre were themselves working well. That’s racing so there is no point wasting too much on energy on what might have been. Onwards to Germany which is a track I like. Thanks again to everyone for the support, see you at the Sachsenring.”