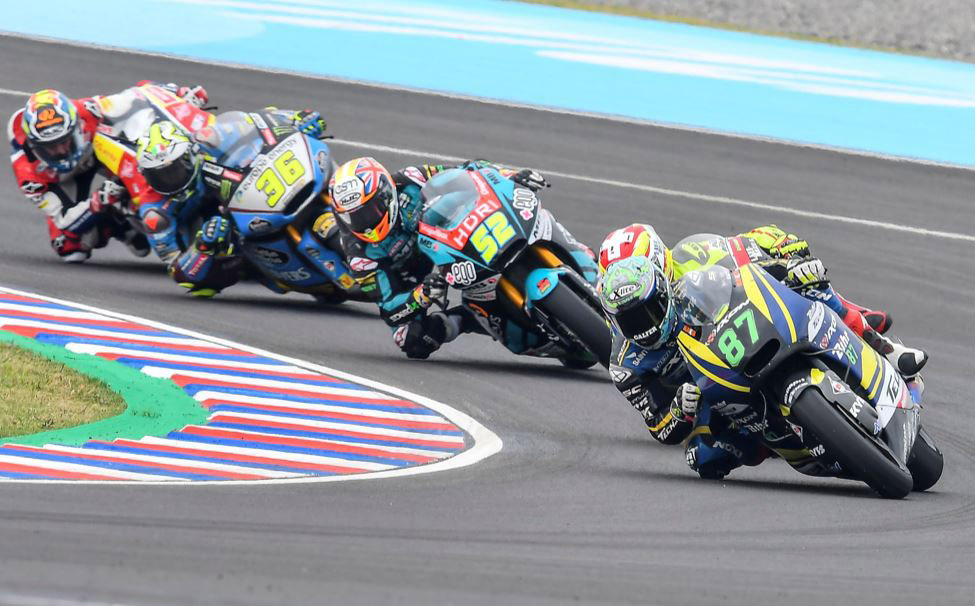 Remy Gardner rode the race of his young career in today’s Argentinian Moto2 Grand Prix finishing a career best 6th after a 23 lap race that allowed the Tech3 Mistral 610 rider to show his true natural talent.

Never outside of the top ten all weekend, Gardner was fast in both the wet conditions and the dry, equaled his best ever grid position in yesterday’s sole grid deciding qualifying session before truly banishing the memories of twelve months ago when his South American race ended on the opening lap and left him nursing a broken ankle.

8th at turn one Remy ended the opening 4.806km lap in 7th after another lightning start.

By half distance the #87 Tech 3 was running 6th and in contention for the podium putting in consistently quicker times than his pursuers.

Losing touch with the group a little in the final third of the 23 lap race Gardner rode sensibly bagging a career best 6th position at the flag and ten World Championship points.

Remy Gardner – 6th:
“I’m super happy! It was a long race but I kept my cool and kept my concentration and focused on being consistent. It was a little tricky in some corners which meant I had to pick and choose lines. It was definitely a better result than last year when I left in an ambulance, this year I am leaving with a smile so I can’t complain. We made a big step this weekend and I am looking forward to maintaining this form in the US. Massive thanks to the Tech3 Moto2 Racing team and to everyone back home and around the world that has been tweeting and messaging. I can’t reply or like everyone’s but I am reading them!”