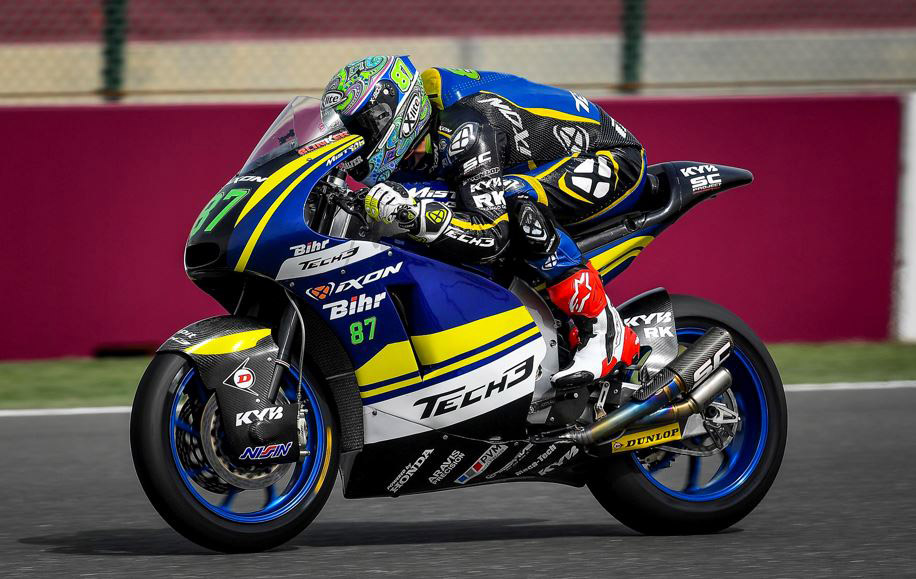 Remy Gardner converted a strong Free Practice and Qualifying at the Losail International Circuit into a 12th place finish in the opening Moto2 World Championship race of the season – the #QatarGP – a few hours ago.

The #87 rider, who remains with the Tech3 Moto2 Team for a second term, showed grit and determination from the very first on track session on Friday, running as high as 5th in practice, before eventually securing 12th position on the first grid of the new season.

A customary lightning start saw Remy pass several riders before a mistake at turn one early in the race saw him drop down the field and out of the top ten.

Remy Gardner – 12th position:
“It was a decent race. I made a mistake at turn one after a good start which lost me a lot of ground. I dropped to 16th but just got my head down and was able to take 12th on the line. Compared to last year we are already much stronger and after those early laps before the mistake I felt confident and really thought I could run with the top six group. I think we had the pace for at least the top ten today but we have made a lot of progress and I am already looking forward to Argentina.”