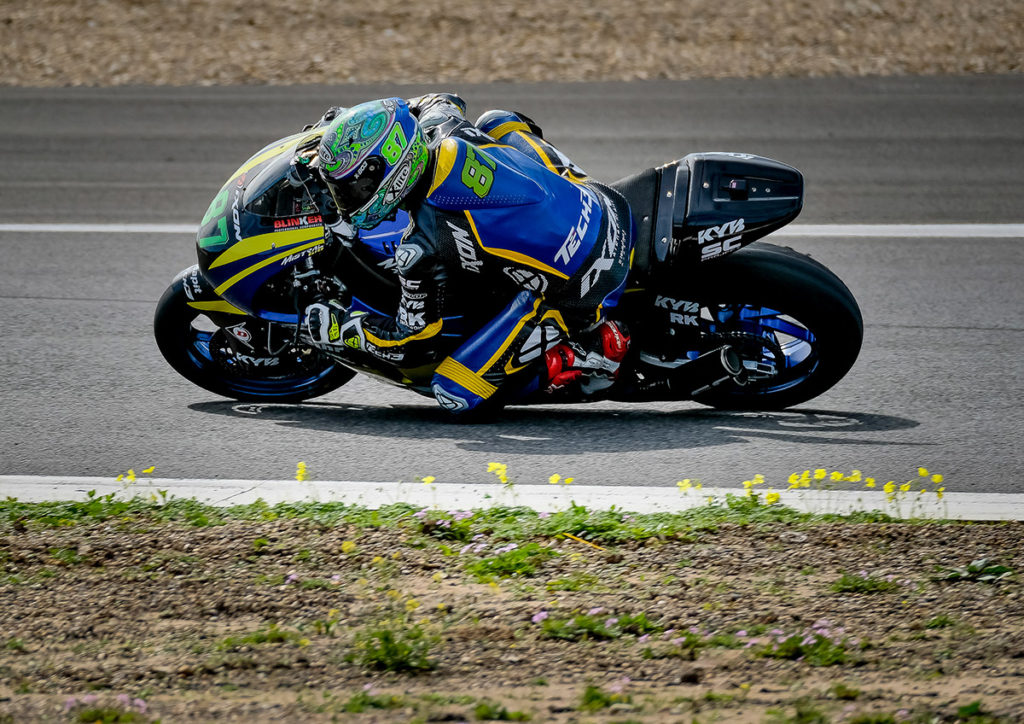 Tech3 Racing rider Remy Gardner was back at Jerez, Spain this week for the ultimate test before the 2018 season kicks off with the traditional opener, the Qatar Grand Prix in just eight days’ time.

In the course of the three days Remy impressed – with the fourth quickest lap time on wet tarmac this morning. The Australian decreased his lap time by one second, completing the test just 0.214 seconds behind his team mate in 18th and is eager to prove his good feeling aboard the Mistral 610 in race conditions.

Remy Gardner
Position: 18th – Time: 1’42.742 – Laps: 95
“We finished testing early, after doing some laps in the wet this morning, which was quite successful. I think we could have refined our setup a bit in the afternoon, but we didn’t want to risk anything before the race. Overall, this test was decent, unfortunately I had two strange tyres and we couldn’t understand why we were not able to go fast. Then we put a different set of tyres on and were working towards a setting that was suiting the poor tyres. I would say, we are ready for Qatar. I think we can have a strong start into the season, although the final result doesn’t really reflect our potential.”