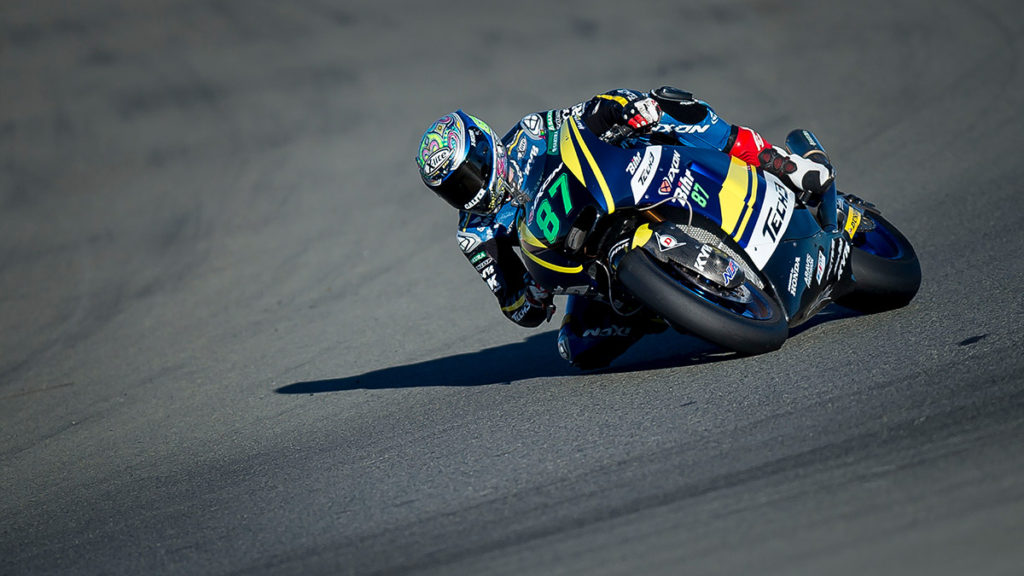 Remy Gardner rounded out a positive 2017 Moto2 World Championship season with a 22nd place finish in the season finale at Valencia earlier today, ending the season 21st overall in the final points classification.

Gardner who will continue with the Tech 3 Moto2 Racing team in 2018, has made big steps during the year, which saw him recover from an early season injury to multiple point scoring race finishes, the highlight being 9th in the Czech Republic.

In today’s race at the Ricardo Tormo circuit in Valencia the #87 gave another determined display as he improved from 25th on the grid gaining more valuable experience after another lightning start ahead of the new season which starts in Qatar.

With 2017 now over, Gardner’s attention switches to the season ahead, where with a full season aboard the Mistral 610 under his belt he is optimistic of a strong 2018 campaign.

Remy Gardner:
“I can’t hide how truly disappointed I am with today’s race. We tried a new setting and it didn’t suit me. I really struggled and in the end, I just made sure that I made it to the chequered flag. Hopefully, when we test this week and next, we can make a big step forward and try to start getting everything ready for the 2018 season, because we need to improve. On reflection it has been positive in many ways. After the injury which wasn’t my fault I came back strong and achieved my best ever GP finish in Brno and was in the points again at my race so there is a lot to be proud of.”