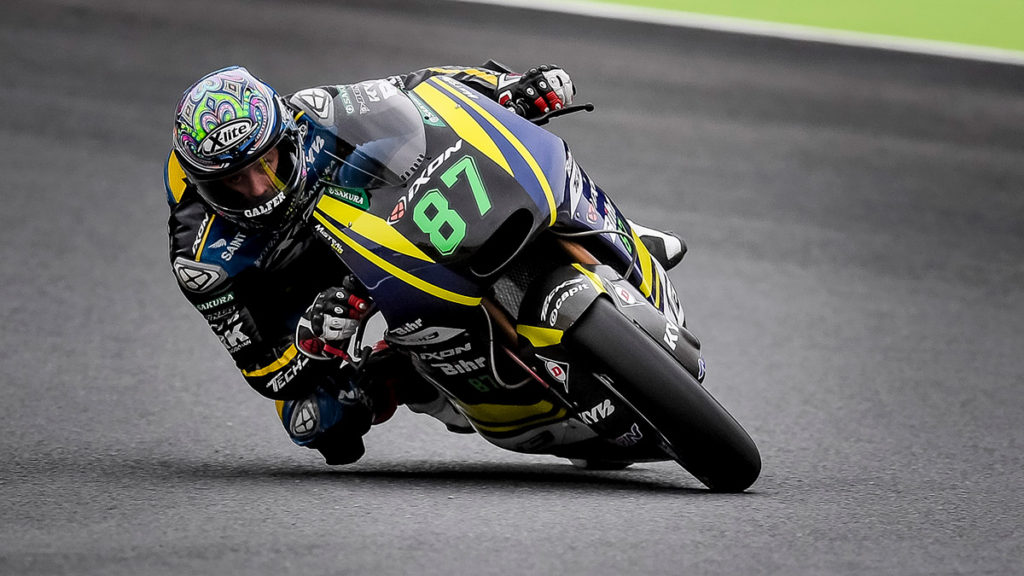 Tech3 Racing Team rider Remy Gardner will begin the round 15 fight from the head of the 7th row. After a promising performance in the wet at the beginning of the qualifying shootout, Gardner is confident for any condition tomorrow and he intends to close the weekend with a solid point scoring result.

Remy Gardner
“The qualifying was strange but the weather conditions were tricky throughout the day. The start of the session was really good when we used the wet tyres, but the track was drying quickly and I knew that we would have to run on slicks. In fact, it was similar to Argentina earlier this year, but we performed better here. However, I still think that we should have used a full dry setting in the end when we used the slicks. It would have been useful to have looked at some of the other riders to see where they were getting the grip instead of riding on my own. There are a few things that I could have done better but tomorrow is the race and it looks like the conditions will be mixed again so we will have to play it by ear but I am confident.”