Remy Equals Moto2 Best With 12th At The Sachsenring 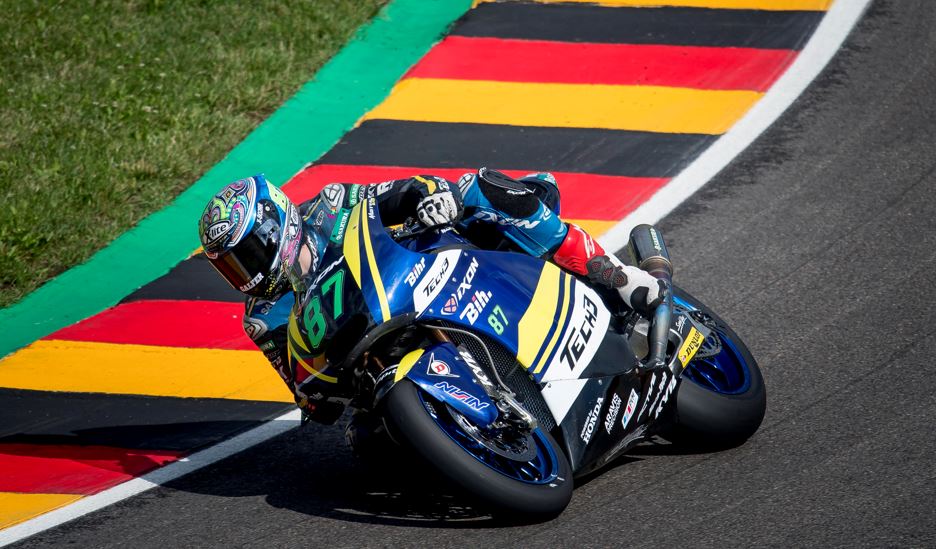 A week after finishing 16th in the Netherlands Remy Gardner was back in action at the German GP at the Sachsenring today, finishing 12th and equalling is best ever Moto2 race finish after an epic 29 lap encounter around the undulating 2.281 mile circuit.

Starting the weekend strong in both the wet and dry, Gardner ended the opening day inside the top 12 in both wet and dry conditions before going about his business in the sole grid deciding qualifying session. Building speed and confidence on a drying Sachsenring track Remy would eventually grab an encouraging and well deserved 14th position on the grid.

Fast in the warm up, Gardner was promoted to 13th on the final grid following a withdrawal by a rival, and after another hard-charging opening lap the #87 was soon in the fight for the top ten.

By half distance the possibility of a top ten finish was a real possibility with Remy content to run 12th, as he and a several rider group began pulling away from their pursuers.

With 2 laps to go Gardner was producing lap times as fast as the those in the top eight and after a thrilling final lap assault he crossed the line 12th to bag 4 valuable world championship points.

The summer break now awaits giving Remy chance to further recover from his early season injury before the final nine races of the 2017 season which resumes at Brno in the Czech Republic on August 6th.

Remy Gardner – 12th:
“It wasn’t the greatest qualifying but it wasn’t bad. It took a long time for me to really push on in the wet as it was unbelievable just how much grip there was on the new surface. I made my best lap on my last one and still probably had a bit more but I was playing it safe. In the dry we were ready and I was confident of a good result. In terms of the race it was very positive and I think we have made a big jump. The new KYB front forks that we had this weekend really made the difference and I am sure that we can now move even further forward and find the next step. I had a strong pace throughout the race, especially in the final third where I caught Syahrin and passed him twice on the last lap but he just beat me to the line. It’s great to be able to head into the summer break equaling my best ever Moto2 result and with the confidence that we made a really good step forward with the bike. big thanks as ever to my Tech3 team and everyone who is supporting me. See you all in the Czech Republic in August!”