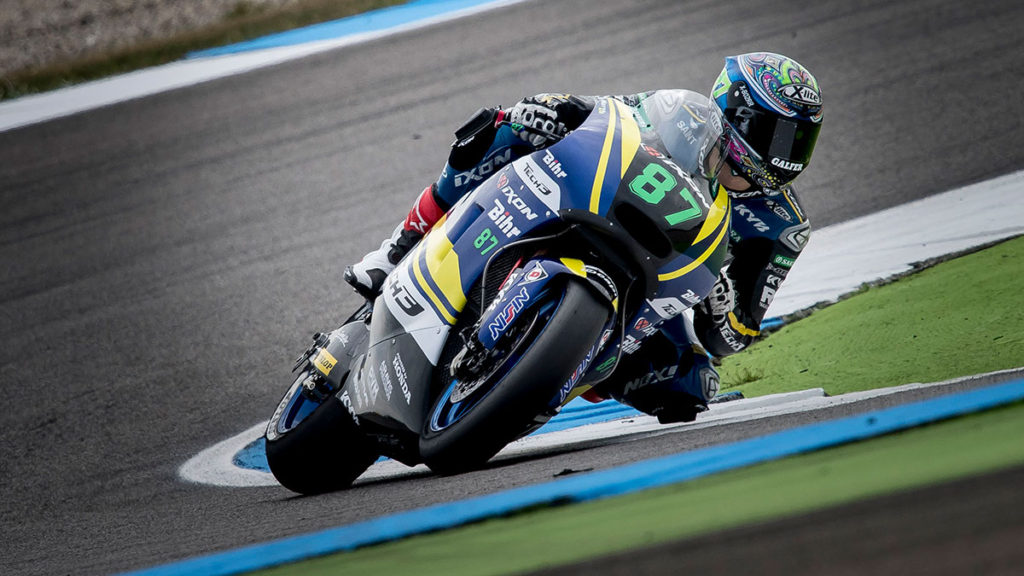 Tech3 Racing team rider Remy Gardner dug deep at the meandering Assen TT track as he confidently finished only half a second behind his teammate on the opening day of the Grand Prix weekend, and just one second back from the front. Both Remy and teammate Vierge aim to carry on the encouraging momentum tomorrow despite the predicted bad weather.

Remy Gardner
“Overall, the start of this weekend has been quite positive for us and we just need to work on the setting a bit more and spend some more time on the track, but we are not too far off already. I had a pretty big scare in FP2 where I was behind Bagnaia and he closed the throttle at turn 12, which is a really fast kink. I had to the do the same and we nearly touched, but then the front of my bike tucked over the curves. Somehow I managed to save it, which was lucky, yet, unfortunately, I lost that lap which was very quick up until that moment. Anyway, qualifying is tomorrow so we will do our best as always.”