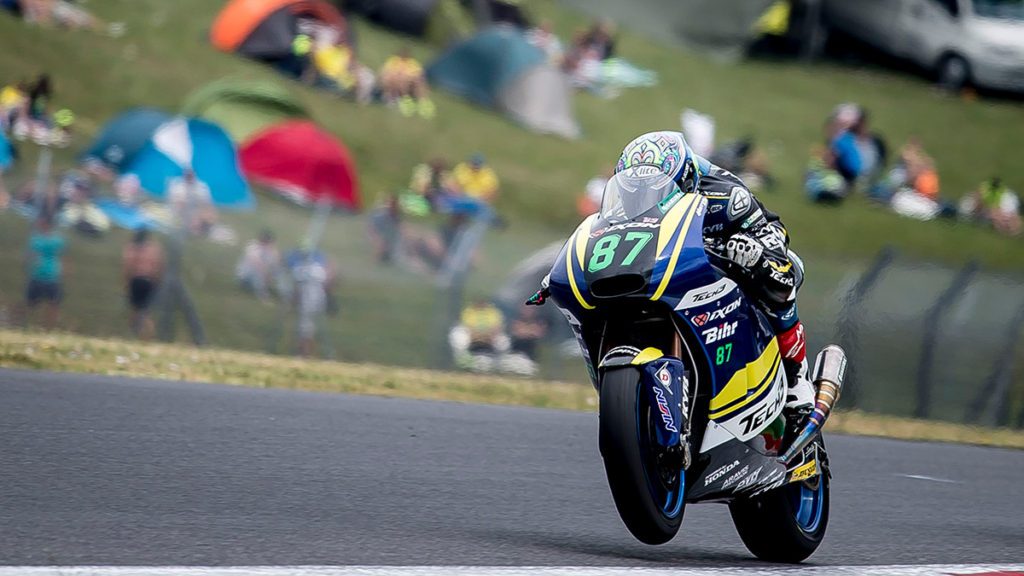 Remy Gardner powered to 14th in the gruelling Italian Grand Prix today to clinch his first World Championship points of 2017 aboard his Tech3 Mistral 610.

The young Australian began the sprint from 11th on the grid and quickly set into a firm rhythm as he diced with the vastly experienced opponents.

He valiantly fought all the way to the chequered flag to seal the finish and positively close the weekend in Tuscany.

Remy Gardner
“The race was certainly challenging but I am happy to have scored my first points of the year, even if I had expected more today. My start was average, but then I got caught up and pushed around by some other riders so I couldn’t advance properly. I felt that I was lacking a bit of acceleration and it was really tough to pass the riders without this. Then, some slower riders, who lost some grip later, overtook me and I tried hard to gain on them, but it was tricky. In addition, I also had an issue with the nerves in my left arm, which made it harder to ride. However, we will leave Mugello with my first point scoring finish on the Mistral 610 and we have to be happy about that. However, I have to say that I expected more but I am sure that Montmelo will be positive.”