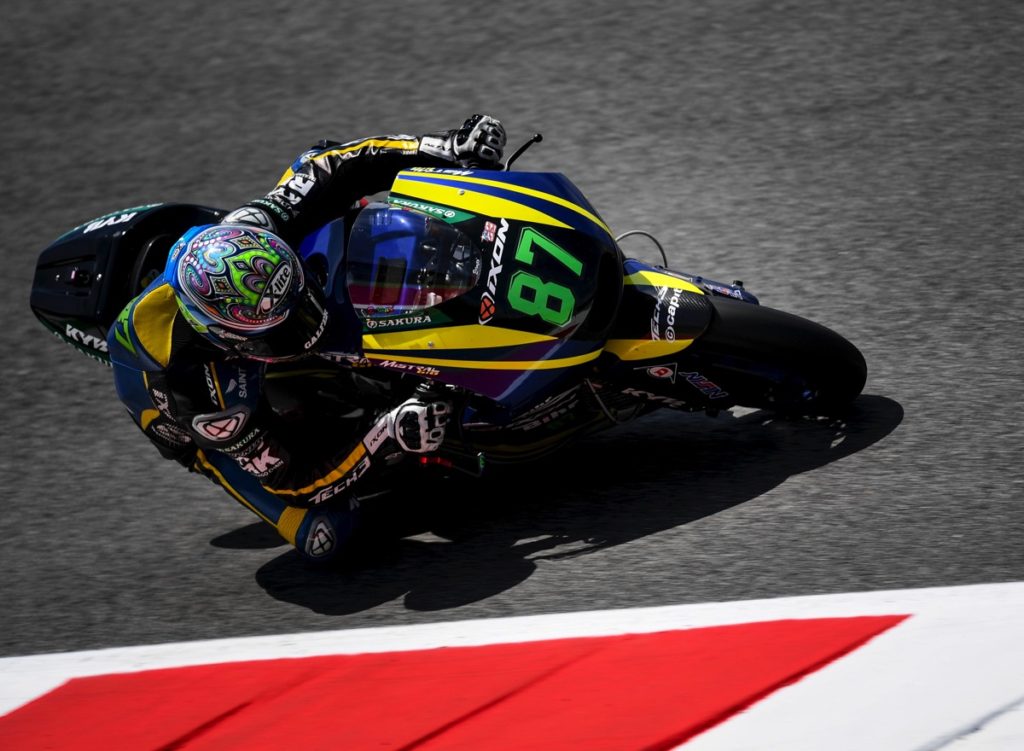 Remy Gardner raced superbly to finish 14th in today’s Italian GP at the picturesque and undulating 3.259 mile Mugello circuit which is nestled in the Tuscan hills.

Consistently fast throughout Free Practice, Gardner was on fine form taking 11th on the grid ahead of the 21 lap race despite a tumble in the closing stages of the session.

A solid warm up kept confidence high and with 100,000 fans packed into the Tuscan hills the Moto2 race got off to a great start with the #87 soon in the middle of the fight for the top ten.

As the race progressed the front end chatter which has plagued him all season, and which caused his qualifying spill, coupled with some pain in his forearm prevented any further push forward with Gardner eventually taking the flag in 14th to notch up his first Moto2 World Championship points of the season and his first for the Tech3 Moto2 Racing Team.

Today’s result on the back of a strong weekend in Italy gives Remy a massive confidence boost ahead of next weekend’s Spanish GP at the Montmelo Circuit where he and the Tech3 Moto2 sqaud will continue to work towards improving the set-up of his Mistral 610 machine as they strive for even better results for the remainder of the season.

Remy Gardner:
“It was great to open my 2017 account in Mugello but it was a disappointing final result. I was really tired at the end of the race and I felt that I was lacking some acceleration compared to the others so I struggled to get close enough to make a pass on the other riders around me. By the time I made it through the group had gone so I couldn’t make any more progress. A decent weekend overall after qualifying 11th but I wanted more. However, we will leave Mugello with my first point scoring finish on the Mistral 610 and we have to be happy about that. I am sure that Montmelo will be positive and that we can iron out some of the small chatter issues that we still have. Big thanks to the team and to all my sponsors and to everyone sending so many tweets and messages. See you all in Spain!”