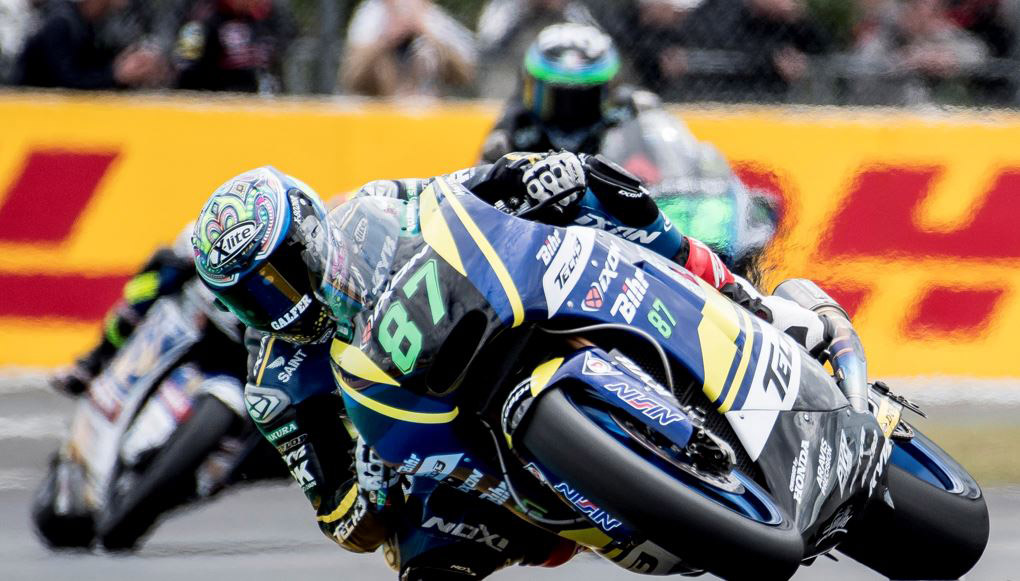 Remy Gardner finished 20th in today’s 26 lap French Moto2 race at Le Mans, continuing to rebuild his confidence after breaking his leg at the Argentine GP several weeks ago.

The 2.6 mile circuit had been resurfaced for 2017 and lap times were significantly faster than 12 months ago!

Starting the weekend steadily, Remy overcame the mixed conditions to eventually qualify 23rd in the sole dry qualifying session, despite a small spill in FP3.

Gaining in confidence with every lap since his return to the paddock, today’s French GP, the home event for his Tech3 squad was tough, but nevertheless the #87 Aussie gave his all, gaining several places with another impressive opening lap before battling hard to eventually claim 20th at the flag.

The next round of the Moto2 World Championship takes place at Mugello in Italy with Remy hopeful of scoring his first points of the season as his fitness and feeling continue to improve following the French GP.

Remy Gardner:
“This weekend was all about gaining confidence and finding the feeling again with the bike which we did with every lap.Throughout the weekend the team did a great job and I actually did better in qualifying than I thought we could. The race itself was tough and I got quite tired towards the end but I gave it everything and I am sure that in Mugello it will be an even more positive result. I had a small issue with some front end chatter which gave me some vibration entering the corners during the race, however, to finish the race inside the top twenty is confidence boosting so I am already looking forward to the next race!”