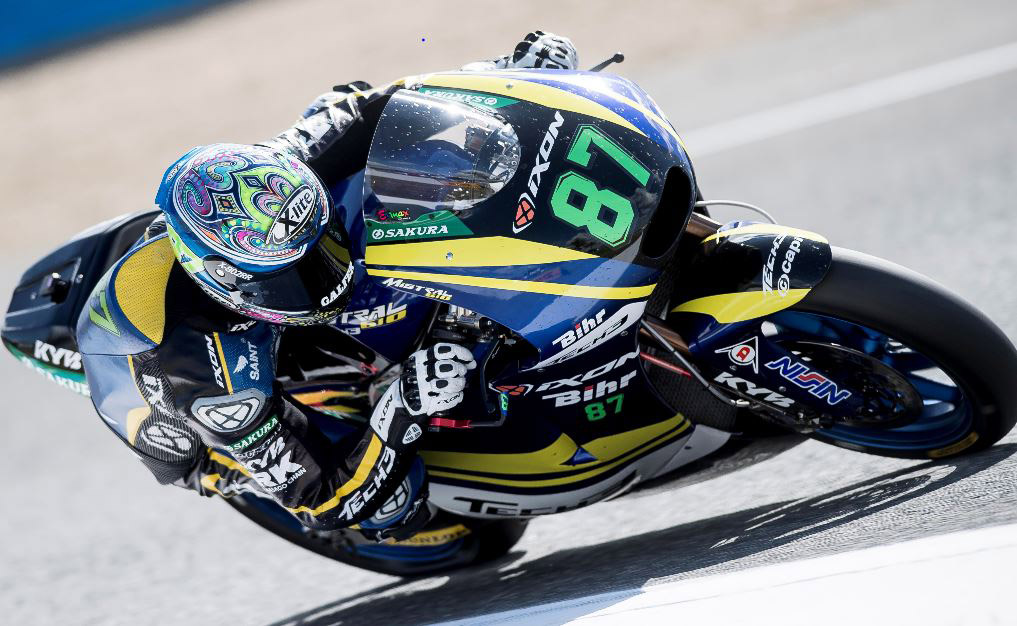 The first European Moto2 race of the season, the Spanish GP at Jerez, saw Tech 3 Yamaha’s Remy Gardner return to racing action after the Argentine GP less than a month ago that saw him suffer a broken leg through no fault of his own.

With screws and a plate still in place in his leg, the sheer determination to try to ride, let alone race was impressive with many observers saying that today’s 25 lap race around the twisty, undulating Andalucian circuit was heroic with Remy’s 22nd position at the flag providing a huge boost ahead of the French GP at historic Le Mans in a fortnight.

Easing himself back in gently, a wet Free Practice 1 on Friday was not what was needed, Remy completing only a few laps before improving rapidly in Free Practice 2 which was held in dryer conditions.

Further improvements in FP3 on Saturday saw Gardner only 1.5s from the top time ahead of qualifying which eventually saw the #87 make it on to the grid in a respectable 28th.

The target for the race was to simply finish, 25 laps at Jerez is a tall order for a fully fit rider, let alone one that was operated on a matter of weeks ago. Keeping out of trouble in the early laps, Gardner rode through the discomfort, battling hard with several riders to achieve a remarkable result just outside of the top twenty at the flag, his first GP finish of the season.

With two weeks until the next round in France, Remy will continue to train hard and heads to Le Mans happy that his season has finally started!

Remy Gardner – 22nd:
“That was a tough race but the main thing is that we finished it and nobody took me out. After about five laps my ankle started to get really sore and to make things worse I had an allergy in my eye which started playing up. I couldn’t ride how I wanted to all weekend but I gave it my all and have a couple of weeks until we go to Le Mans so hopefully I will be fitter and stronger there. Big thanks to everyone who has been sending me positive messages on social media and of course to my Tech3 Moto2 Team.”