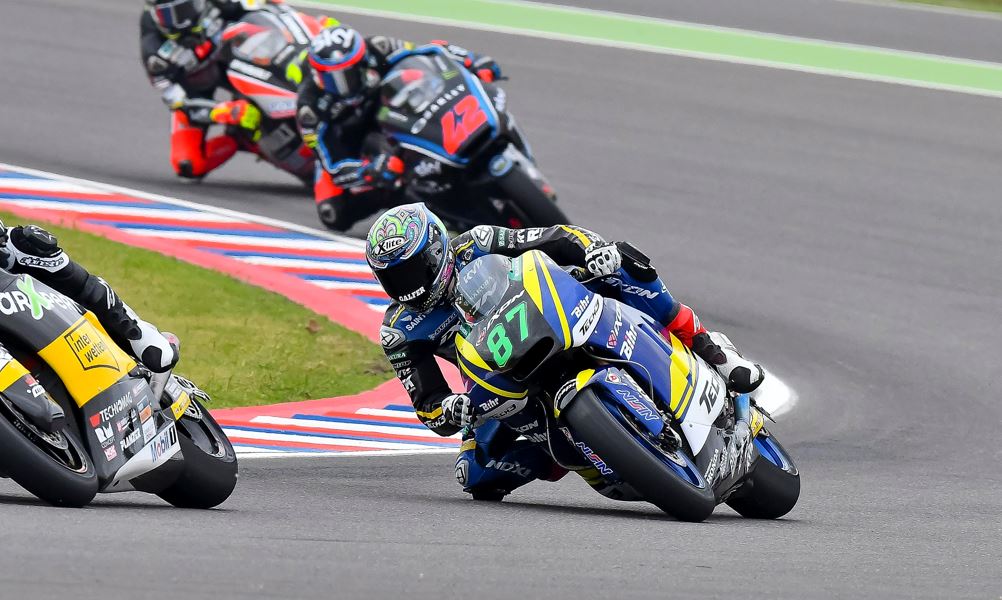 Remy Gardner’s unlucky start to his 2017 Moto2 World Championship continued in today’s Argentine GP aboard his Tech3 Moto2 Mistral machine – the #87 rider taken out on the opening lap for the second consecutive race sustaining a broken ankle in the fall.

Gardner, who failed to finish the season opener in Qatar a fortnight ago aboard his Tech3 Moto2 Mistral machine after being taken out there too had been in fine form all weekend running inside the top 6 during Free Practice, looking confident in both the wet and dry conditions at the 2.986 mile Termas De Rio Hondo circuit.

As in Qatar, rain played a huge part in shaping the grid with rain falling shortly before the sole Qualifying session and as the circuit dried the riders all pitted to switch to dry tyres. A mistake at on Remy’s final lap sent him wide meaning he was unable to extract the ultimate lap time but nevertheless he was optimistic of making another good start and fighting for points.

Thankfully the weather on Sunday morning was dry and with no threat of rain the warm up session was used to finalise the race set-up, with Gardner once again right in the mix.

A lightning start saw Remy making up places at turn one before the Aussie youngster was skittled out of contention for the second consecutive race.

A frustrated Remy will now return to Barcelona where a decision will be made on whether or not he needs surgery.

Remy Gardner:
“I don’t know what to say. The bad luck has to stop soon. I felt good all weekend, we made a positive start on Friday and I was running well inside the top 10 in FP1. Qualifying we got caught a little bit by the weather but I made a mistake on my last lap and that left me deep on the grid. In the race well what can I say? I made another decent start and then got caught up in someone else’s accident. I will now fly back to Barcelona where Dr Mir will assess my ankle which was fractured in the crash and we will decide whether or not I need surgery.”