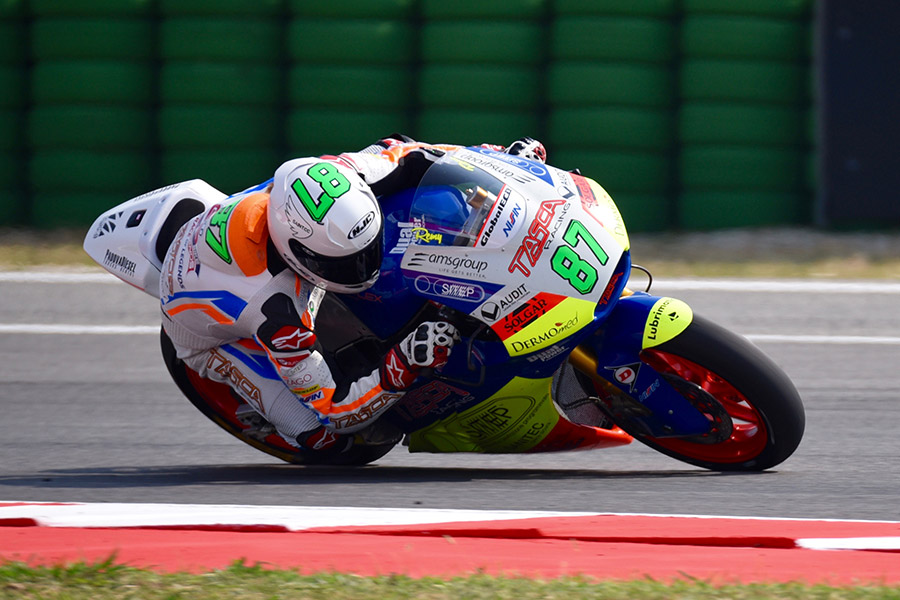 The San Marino GP at the seaside circuit of Misano, near Rimini should have and would have been another point scoring race for Remy Gardner had a mysterious one-off issue with his Tasca Scuderia Racing GP Kalex not happened on lap 11 when the #87 charger had been running strongly in 18th having passed 10 rivals in two laps.

Circulating around 20th position throughout Free Practice Gardner crashed early on in the sole qualifying session and despite a valiant effort by the team to get him back on track the young Aussie was left to start the race from the back row of the grid in 28th.

A superb start when the lights went out saw him up to 19th by the end of lap two before a further overtake a lap later saw him up to 18th and closing in on the top fifteen until an off track excursion caused by the previously mentioned unknown issue forced Remy off the track losing him almost forty seconds.

Regrouping Gardner showed impressive pace as he fought his way back into the top twenty for the second time and although disappointed to miss out on what looked like being several world championship points he was happy with the moves made through pack even displaying good humour after the flag.

Remy Gardner – 19th:
“Well it was almost a bad weekend turned good. I was going quite well and only a little behind the point scoring group and if I would have finished where I was even without overtaking anyone else which I would have pushed for I would have easily been 12th or 13th but on the 11th lap something happened on braking and I almost crashed. The bike lurched without warning and jumped out of my hands and I had to go off track with my legs up in the air. I thought at first there was oil coming from the bike so I took half a lap checking that everything before I got back into it. I made some places up but ran out of laps. The team can’t explain what happened so we will keep looking to see what caused it. Overall I am still happy with my pace and I showed we can come from the back twice in one race I guess”