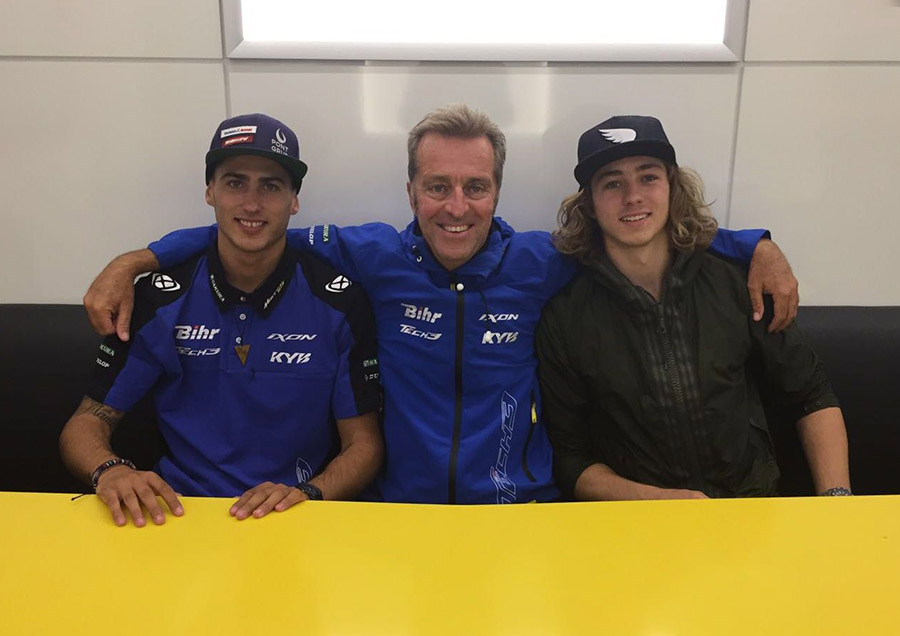 The Tech3 Racing Moto2 team has announced that Remy Gardner will ride the Mistral 610 Moto2 bike in the 2017 World Championship, joining Xavi Vierge in the Tech3 squad.

Remy will join forces with Vierge in the Tech3 Racing Team pit box where he will complete his first full season in the intermediate class. The young Australian began his motorsport career by competing in motocross and enduro competitions at the age of ten in his homeland.

After successfully challenging in the domestic leagues in Australia, he relocated to Spain to race in the Spanish FIM CEV International league from 2013 onwards. Two years later he made his debut in the Moto3 World Championship with the highlight being 10th at his home Grand Prix.

However, he outgrew the lightweight bikes and subsequently, the 18-year-old was brought in at the Catalan Grand Prix in 2016, to replace Alessandro Tonnucci. Here, he seized his first Moto2 championship point on his debut. The Tech3 Racing Team warmly welcomes the promising Australian, with the target being to fight to some impressive finishes.

Remy will continue to race the remaining rounds of the 2016 season for the Tasca GP Scuderia squad and is committed to achieving the best results possible for the remainder of this year’s campaign.

Remy Gardner:
“I am really excited to announce that I have signed with Hervé and the Tech3 Racing Team for 2017. The Mistral 610 is different compared to what most other guys are riding in Moto2 but everyone is looking for that extra edge now. When I watch the bike out on the track, I can see that it has very good potential so I’m delighted to have signed, plus I can’t wait for next season and to start the progress of developing the project further. From an outsiders perspective, it looks like the team is very structured and in all honesty, I couldn’t be any happier about joining Tech3.”

Hervé Poncharal:
“I am extremely pleased to announce the 2017 Tech3 Racing Team line up. Wayne Gardner and I have a long history together and we have been friends for many years, so it’s an incredible pleasure to have his son, Remy join our project. I think he is one of the hottest young talents that is coming through the ranks and he has a bright future ahead of him. Hopefully, we can help him grow and I am sure we can achieve success together. I think we will have a very exciting partnership, with two young riders who are keen to race each other. I have to thank both of them for trusting us and hopefully we will see the first good result when we start testing after the season finale. Also, I want to say thanks to the whole Tech3 Moto2 team for their hard work, and say welcome to Remy, plus welcome back to Xavi for 2017 where for sure, we will have some great times together.”